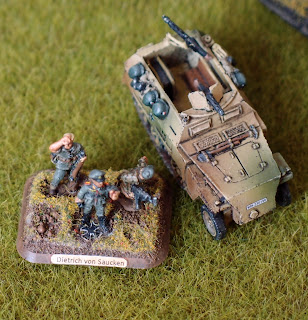 I don't know if you agree with me, but for me warriors add some flavor to army lists in FOW - however, they make also a really difficult job for Battlefront to make briefings balanced after introducing them.

Today, I would like to write few words about a warrior I'm really looking forward to introduce to my Heer gepanzerte panzerpioniers from the Grey Wolf book. I'm talking about general Dietrich von Saucken. It is a very colorful character himself. Coming from aristocratic family he didn't fit well to the model of axis officer at that time. However, he was highly valued by Adof Hitler himself despite his "inappropriate" attitude.

In FOW this character can be added to some lists from Grey Wolf, as well as to one of the pdf briefings on BF page. He is a kind of a warrior who doesn't have any extra combat powers himself (e.g., Carius or Barkmann) but supports your whole company. In my opinion he seems to be an ideal support for an infantry company reducing major problems of such rosters. Why? Just take a look on his special rules (you get for 65 points):
The first one means that you will pass your company morale checks with him on 3+ (isn't that great?). The second skill seems extremely useful if you have some lightly armored tank killers like Marders or Nashorns. Some of the briefings give you an option to take veteran tank-hunters, which can move and shoot with full ROF as long they remain in a chosen terrain feature. For my panzer pioniers this re-roll might be extremely useful to disembark in a stormtroopers move after they reach their destination area in movement step. Finally, the ability to re-roll one die for reserves. It partially solves my main problem when defending against hords of medium tanks. Starting with three platoons is often not enough to hold an agressive player who has great number of tanks on table (55% to get a single platoon from delayed reserve right in turn 3 - sounds good?).

At this stage I have to make one remark - I haven't tried to play with von Saucken yet, so these are only theoretical considerations. However, I played against a list with him, and this battle proved what I expected. Maybe you have some experience or thoughts you could share?

Let's say something about the model itself. It was produced by Battlefront and is placed in the price B segment - a typical blister with medium tank. I have to admit I loved the set from the start. Inside, you will find a Sdkfz 250/1 half-track with additional stowage sprue, two figures of von Saucken himself enabling you to mount one figure into the half-track; and two bodyguards (while dismounted his group is treated as SMG team). The von Saucken figure is casted perfectly in my opinion. To be honest I haven't seen any figure in 15mm scale that look so realistic - great job :) 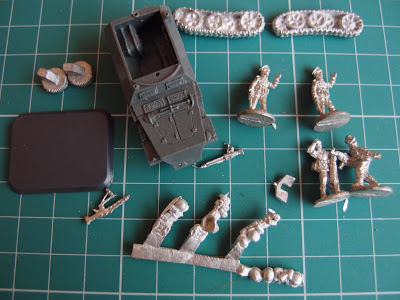 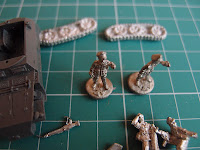 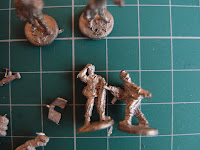 I decided to add some magnets to halftrack and one of the von Saucken figures to prevent from having two instances of general while he is dismounted.  It works like a charm. However, afterwards I realized that it would be even better to add a magnet to the small base instead of permanently fix one of the models. I wouldn't have to think what to do with a figure of von Saucken without a base when he is removed from the half-track (I could easily lost it during tournaments). 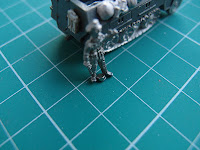 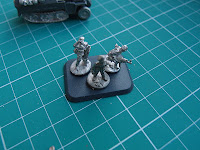 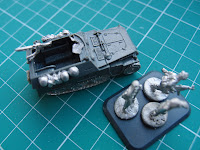 As usual a short gallery of assembled model. 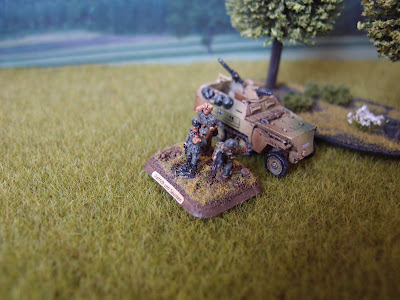 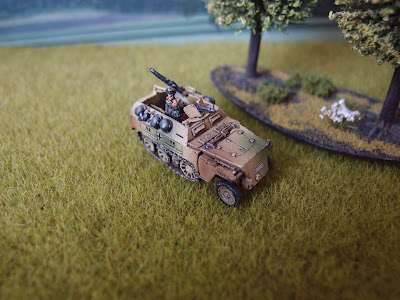 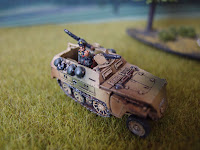 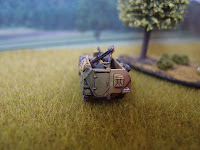 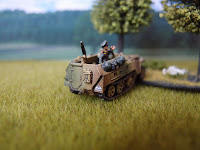 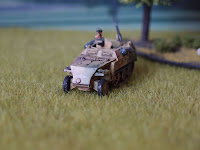 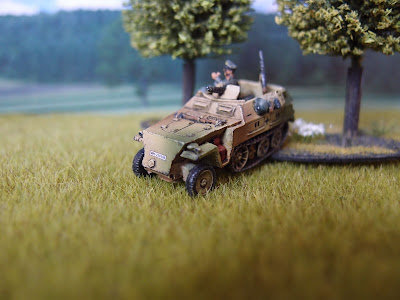 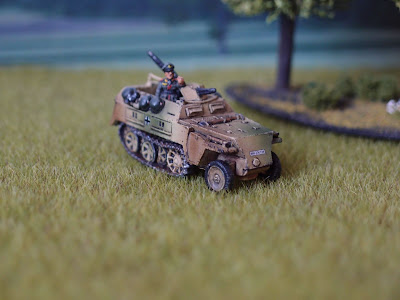 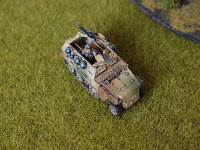 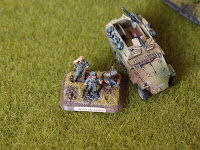 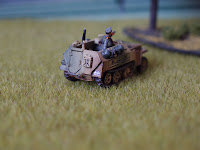 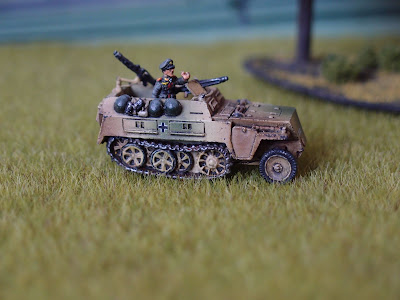 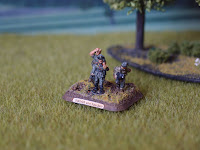 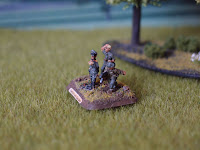