Today, I would like to briefly review a set of SdKfz 234/2 Pumas. These little kitties are frequently used by German players in Flames of War. They provide excellent firepower as for an armored car, great mobility, and still recon abilities. I bet there are more models on players shelfs than have been ever produced and used in combat (I think only 101 were produced between 43 and 44).
Although Pumas are great in FoW they were not as successful in WWII mainly because of they armament. It was really tempting to smash some light tanks and soft vehicles with the powerful 50L60 gun. This is for sure not the aim of recon vehicles...
The models I have in front of me were produced by Forged in Battle (FiB) and are casted in resin with some metal parts (P-77). I painted them in ultra-fast way because of the tournament we had last week (there is no better stimulus to paint minis than forthcoming tournament ;).

The blister contains three Pumas. They are produced in "battle-ready" system. It means that FiB tried to reduce the time required to assemble the models. The number of parts is reduced in comparison to Battlefront miniatures. The body is casted in resin and the turret is made from metal. The drawback is that the models are fixed to bases (removing it would be quite difficult, but I assume possible). At the beginning I perceived it as a huge cons, but after assembling and painting the models it turned out that it is only a minor issue. "Battle-ready" means also that the models are produced in different variants (e.g., they have battle damage, crates, cans, etc.) so you don't have to add additional element to customize them. It is quite similar to what could be found in Battlefront's box sets. In my blister there were two variants of vehicle. You also get two commanders figures, which are sculpted and casted perfectly. 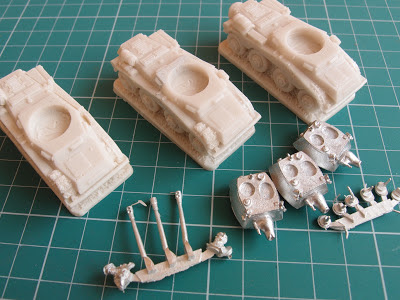 Probably most of you would like to know how they compare to Battlefront's version of Puma. In my opinion the difference is quite visible. However, if you don't play a recon company and don't need to mix tons of Pumas, it will not matter so much. A FiB blister gives you what you actually need in most cases - 3 vehicles. If you put grass on a base it won't be visible so much after all. Taking into account prices you receive three vehicles in price of two from BF.

Thanks to Radek (a.k.a. Radziecki) who provided a BF Pumas, I  can present you a size comparison of BF and FiB vehicles.

There is a visible difference, especially in length (FiB is also a little bit higher). What surprised me the most was that they both have guns of the same length. The BF's is more bulky and looks like it was longer. I think that if you put BF's Pumas on bases and paint them uniformly with FiB's, there won't be much problem to mix them together in different platoons.

Couple of photos of painted models: 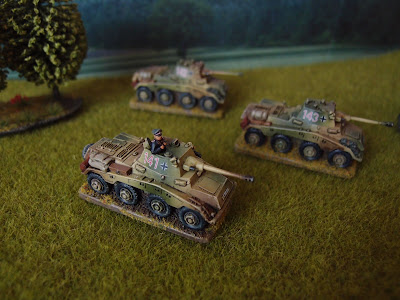 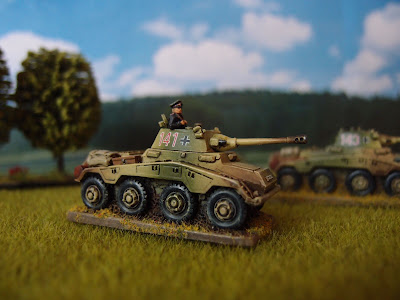 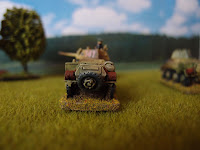 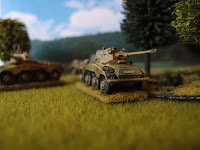 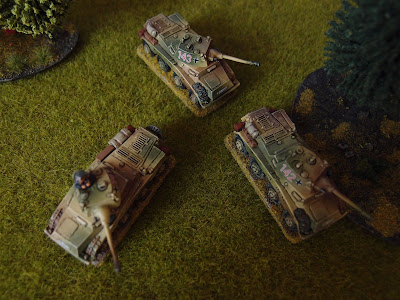 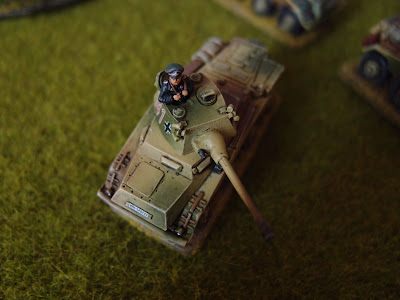 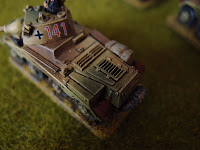 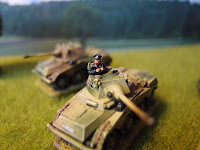