As you know, I have been experimenting more and more with Battlegroup Kursk nowadays.
In order to adjust my army to mid war theatre I had to call for some reinforcements ;)


Well, definitely the cheapest and quickest way of equipping your 15mm-army with tanks is to buy some of them made by Zvezda. Personally, I was looking for late Panzer IIIs J, L or M. Unfortunately, Zvezda doesn't have such in its offer. Fortunately, they have a flamethrower version of Panzer III, which can easily play the role of Panzer IIIs L. Even the gun (ehh, sorry flamethrower) seems to have quite accurate size for 50L60 gun - especially if you mix them with Battlefront's with bulky guns). So, I decided to buy three of them to field a platoon in Battlegroup Kursk.


As usual, I was impressed with the quality of casting. Zvezda has enormous experience in producing 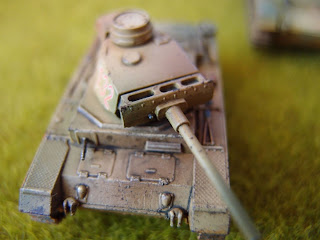 plastic model kits, and without any doubts you will see it. The model fits into single, small sprue. It doesn't have any extra stuff included, like stowage or commanders. However, you have probably collected some of these so far.

The price is astonishing. In Poland, one costs around 2 Euros, which wipes out competition - especially taking into account high quality of the product (cheap and high quality - isn't that contradict?).


If had to compare Zvezda and PSC models I would say that they both produce the best plastic models in 15mm scale. Zvezda seems to be a little bit better when it comes to details - they are able to cast models with incredible precision. However, PSC has also great casting quality, and they are more historically accurate to me. In addition, they include many extra elements to their models,  like stowage or commanders. Taking all that into account I would say it is draw for me. Zvezda is cheaper, but if I would like to get a platoon of well customized tanks I would go for PSC. But, whenever I need to quickly reinforce my army with new platoon Zvezda would by my option of choice. 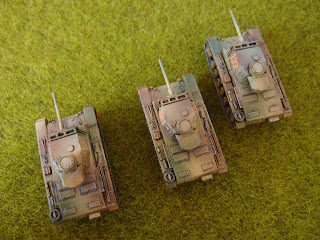 Assembling these models were a real pleasure to me. Nowadays, I don't have so much time to "fight" with models, so I have to assemble and paint them in ultra fast way. I get the feeling that Zvezda really understands that ;) We - war-gammers, hardly ever assemble and paint single vehicles. We usually have to cope with at least a platoon at once. Thus, models easy to assemble are more than welcome.

For assembling Zvezda's Panzer IIIs you even don't need glue. Of course, I used some to be get rid of even the smallest gaps, but to be honest things were suiting so well that you could easily leave them as they are. All elements that are time consuming to assemble are casted as single units - turret and tracks. It took me maybe 1 hour to assemble all of them. Finally, they are still plastics, so to make them a little bit heavier I put some plasticine with fishing weights.

As always couple of measures: 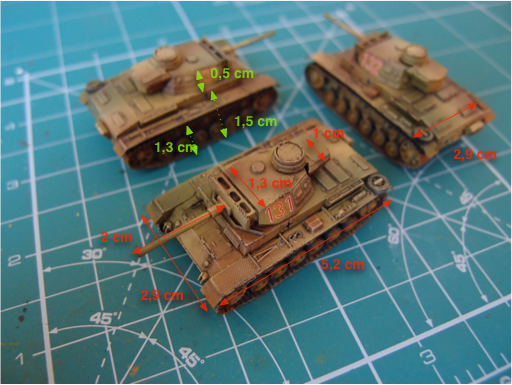 Well, as I told you I don't have time right now to play with each detail and paint it accurately. This is the result of 3-4 evenings: 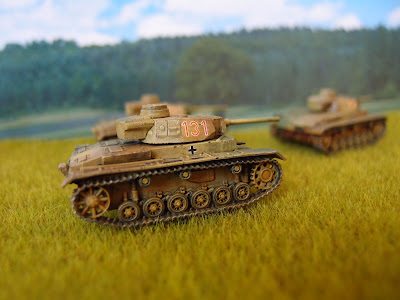 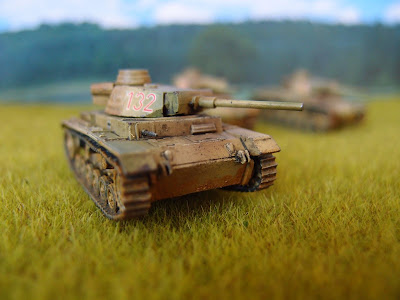 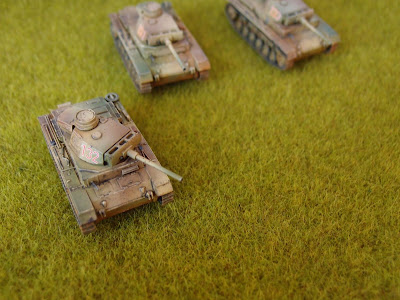 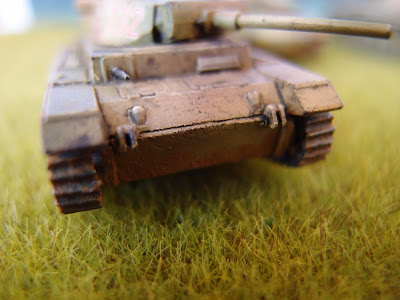 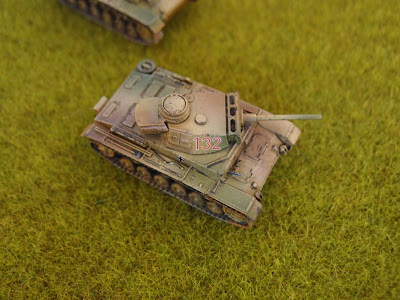 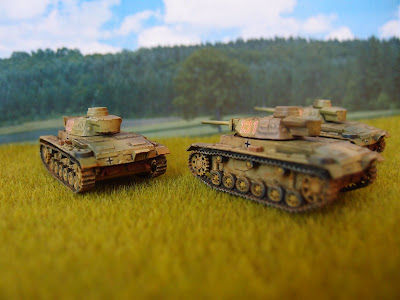