I think that most of us enjoy seeing some scenic objective markers on tables. Many of them are real eye candies that often show different side of battlefront life - usually with a little bit of humor.
It has been a while since I started to think about such projects myself. Finally I got it!
Initially, I thought that my idea for a marker was pretty original, but it quickly turned out that it is quite a regular topic (however, I haven’t seen such marker at any table I've played so far). What was the idea - a field kitchen! That theme really gives you as a modeler a huge space for experimenting.
I decided to build a diorama showing a German field kitchen a.k.a. Gulaschkanone. The name comes from its shape while being towed - the chimney was disassembled and transported horizontally making it look like a cannon.
Unfortunately, I couldn’t find any model in 15mm scale, so I even started to collect pieces and bits from different models to scratch-build it. After some time, it turned out that QRF has one in its range. I was really happy that I didn’t have to sculpt it myself.

The model is a piece of art. It is beautifully sculpted; the casting is also very good. For the price of 5 GBP you receive a whole set containing the kitchen itself with the front cart, four horses and two cooks (one is very well fed ;). The model is close to the original kitchen, however, one piece of the front cart is missing (a kind of shelf at rear used to transport milk/water containers).  Fortunately, it wasn't a problem to add it myself. 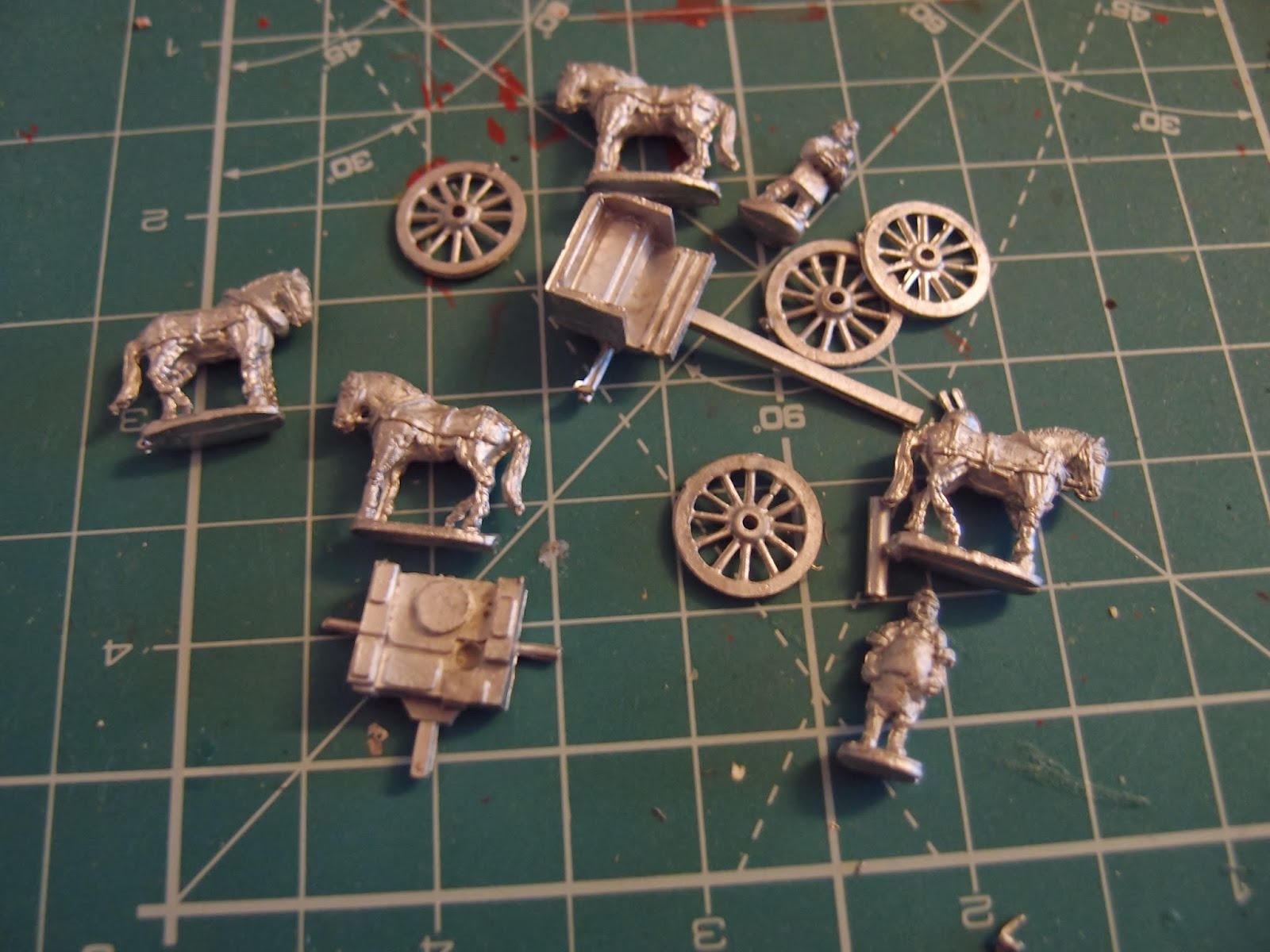 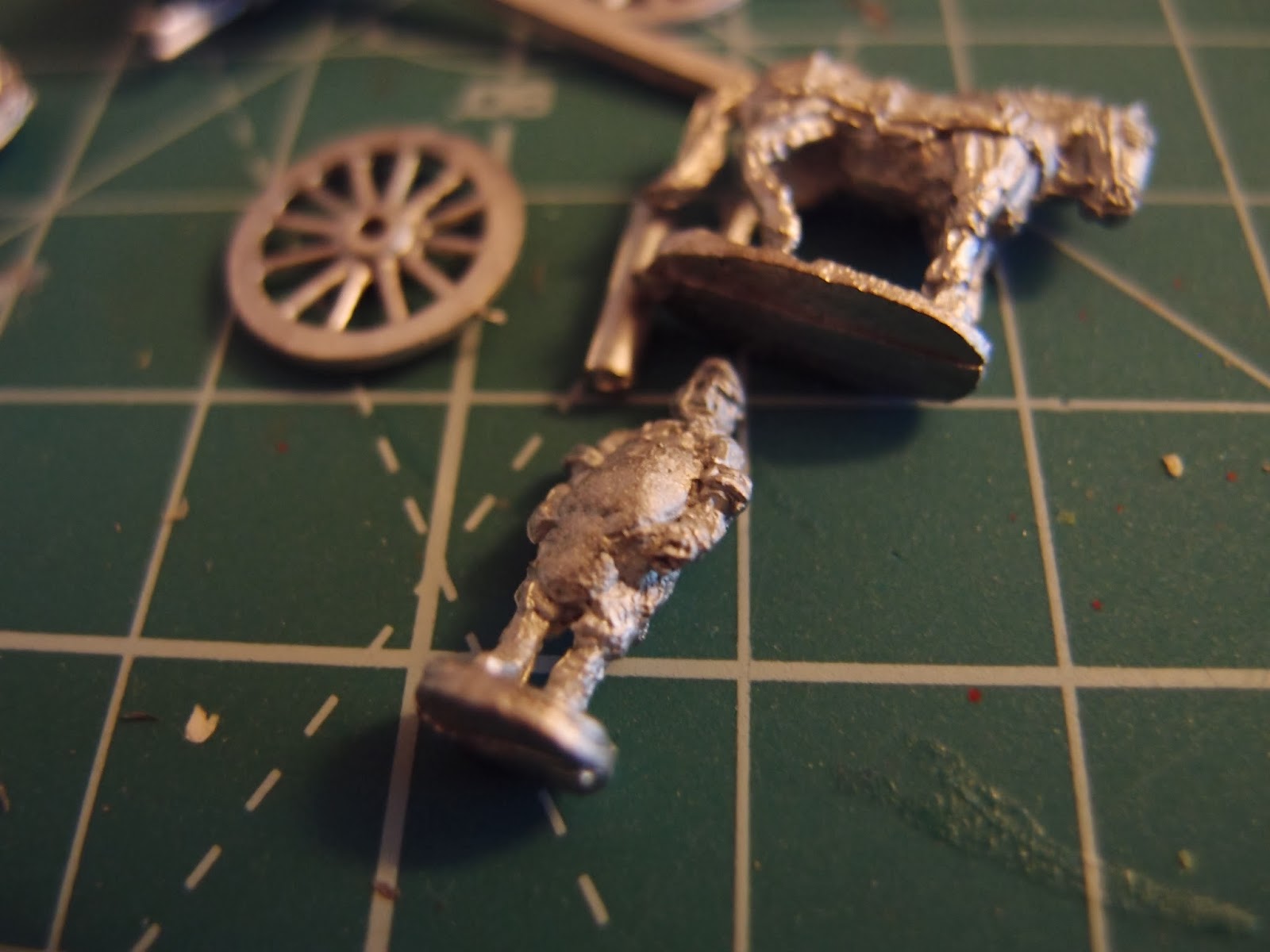 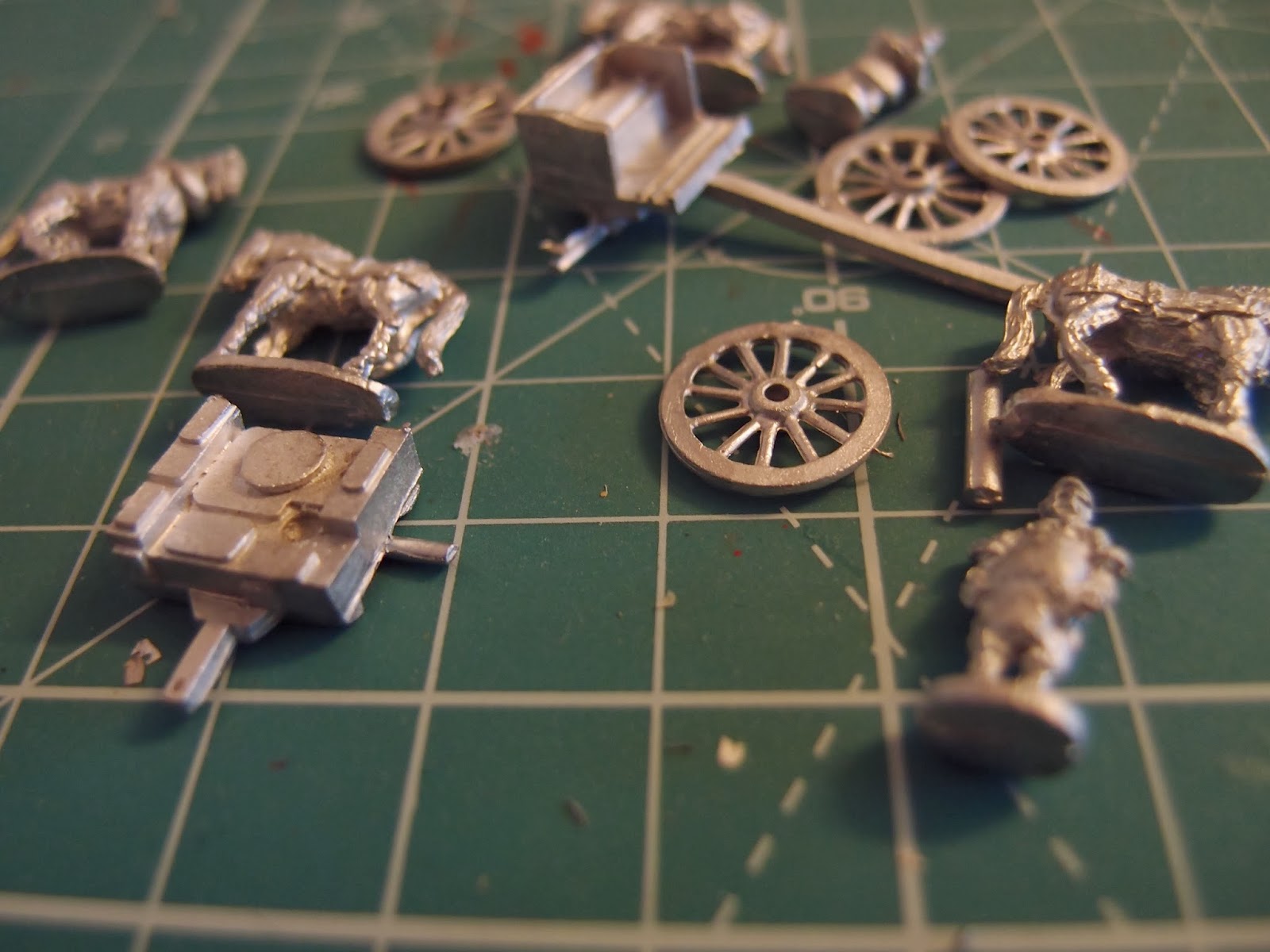 What you can see below is the objective just before painting. I combined QRF set with couple of Battlefront’s figures, a little bit of PSC stowage and the dog from one of the H0 railway sets. In addition, I sculpted some of the equipment myself. 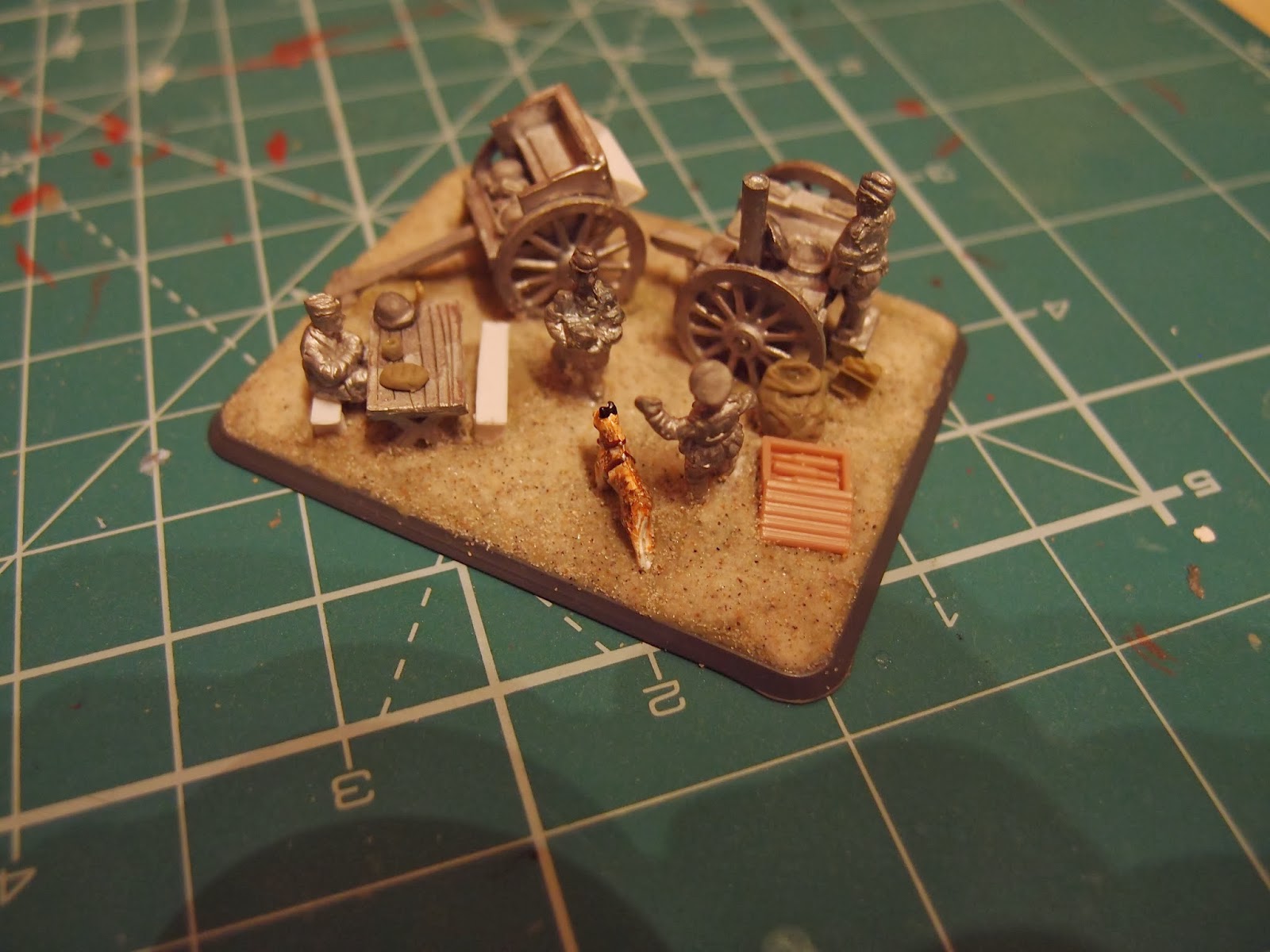 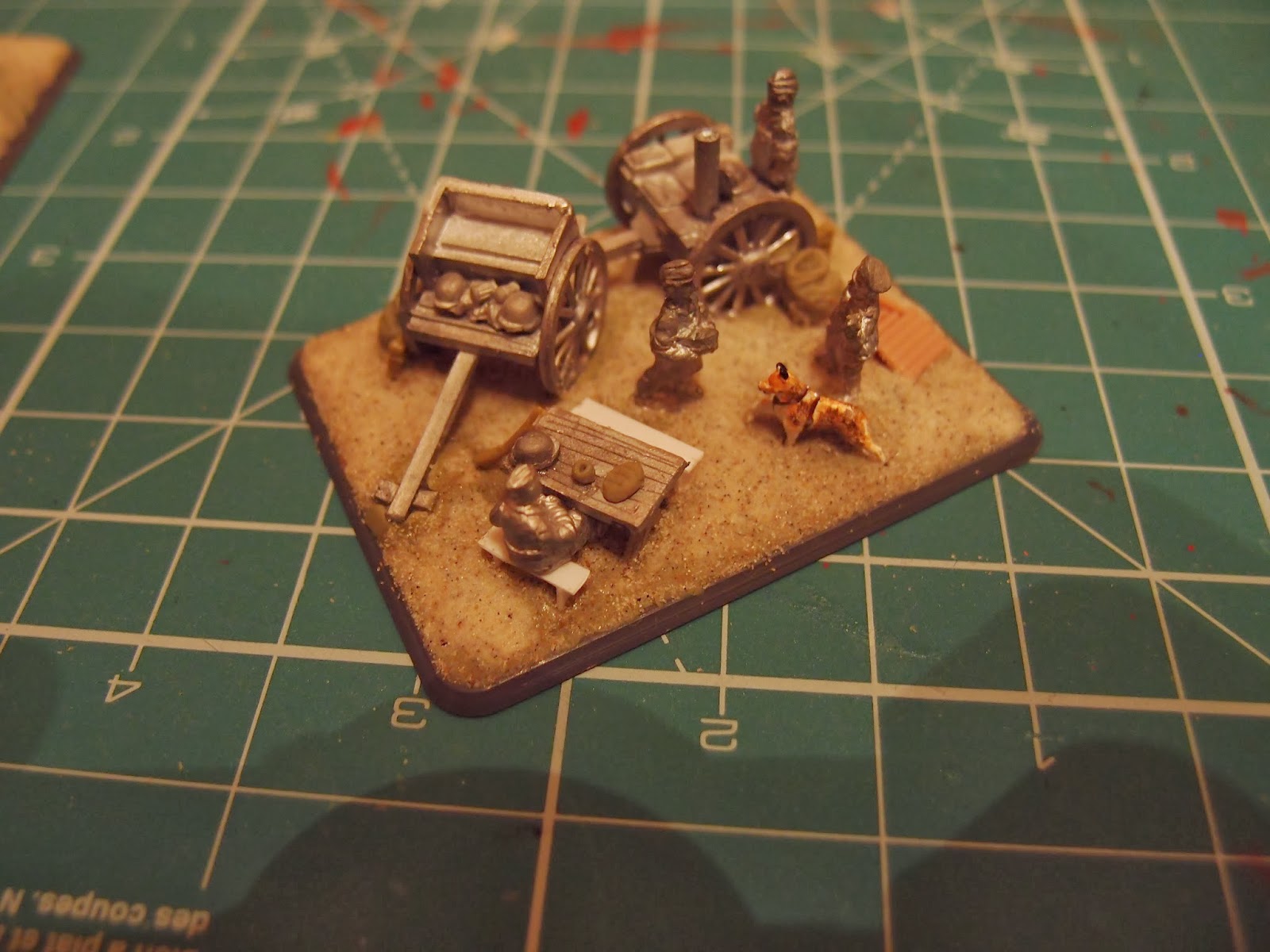 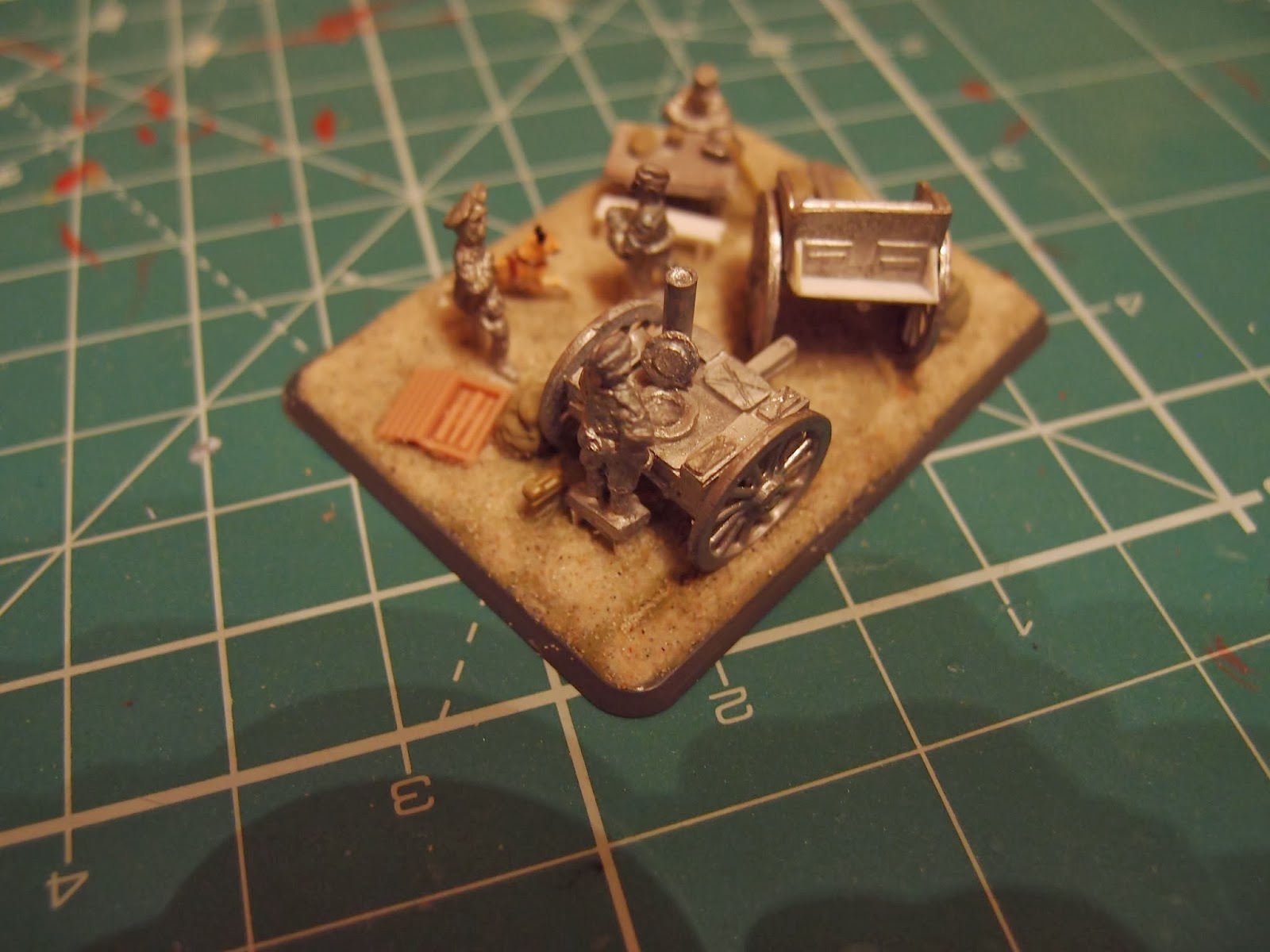 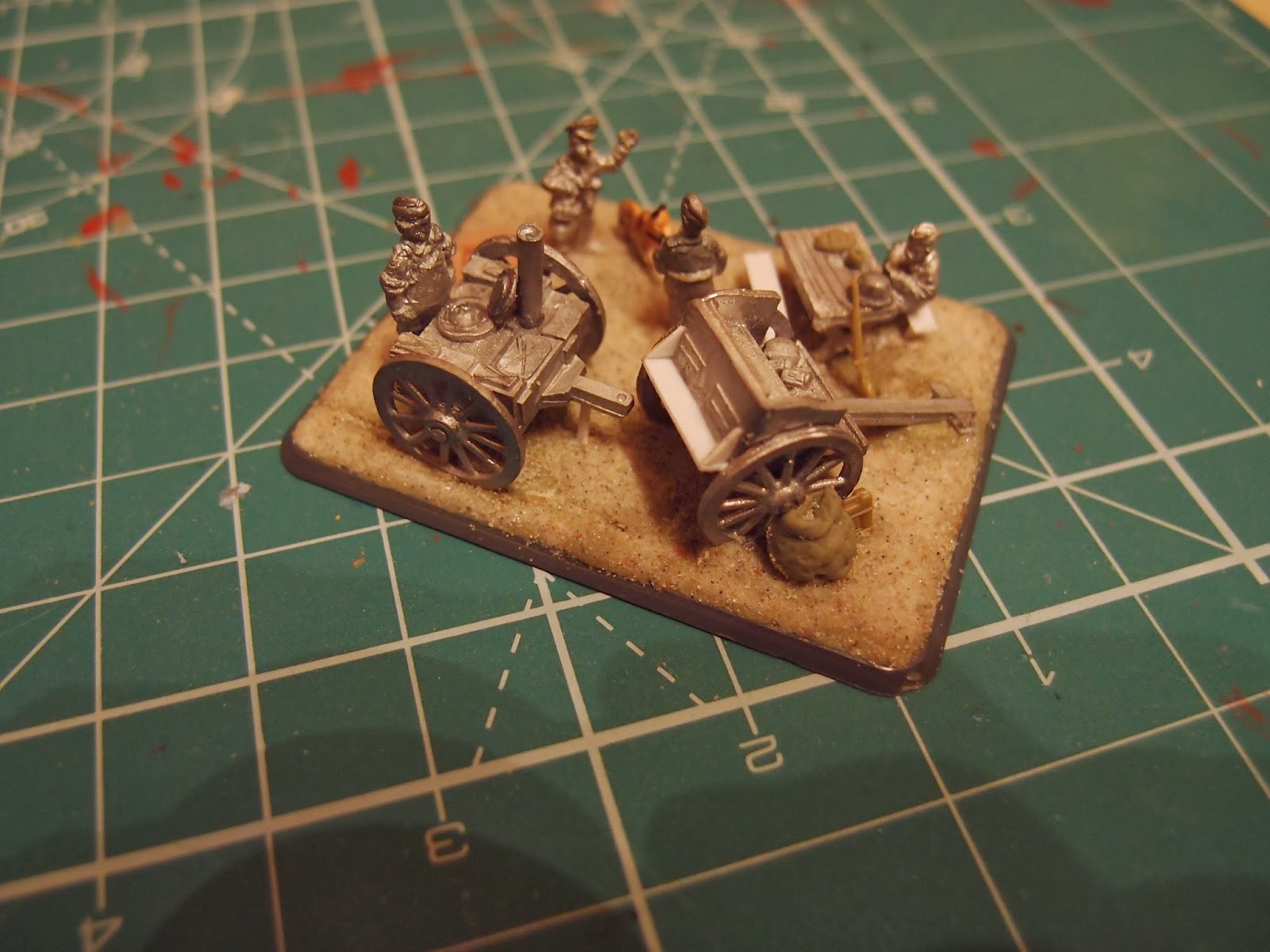 After painting it looks like that. I feel that my soldier will die for that objective with joy… 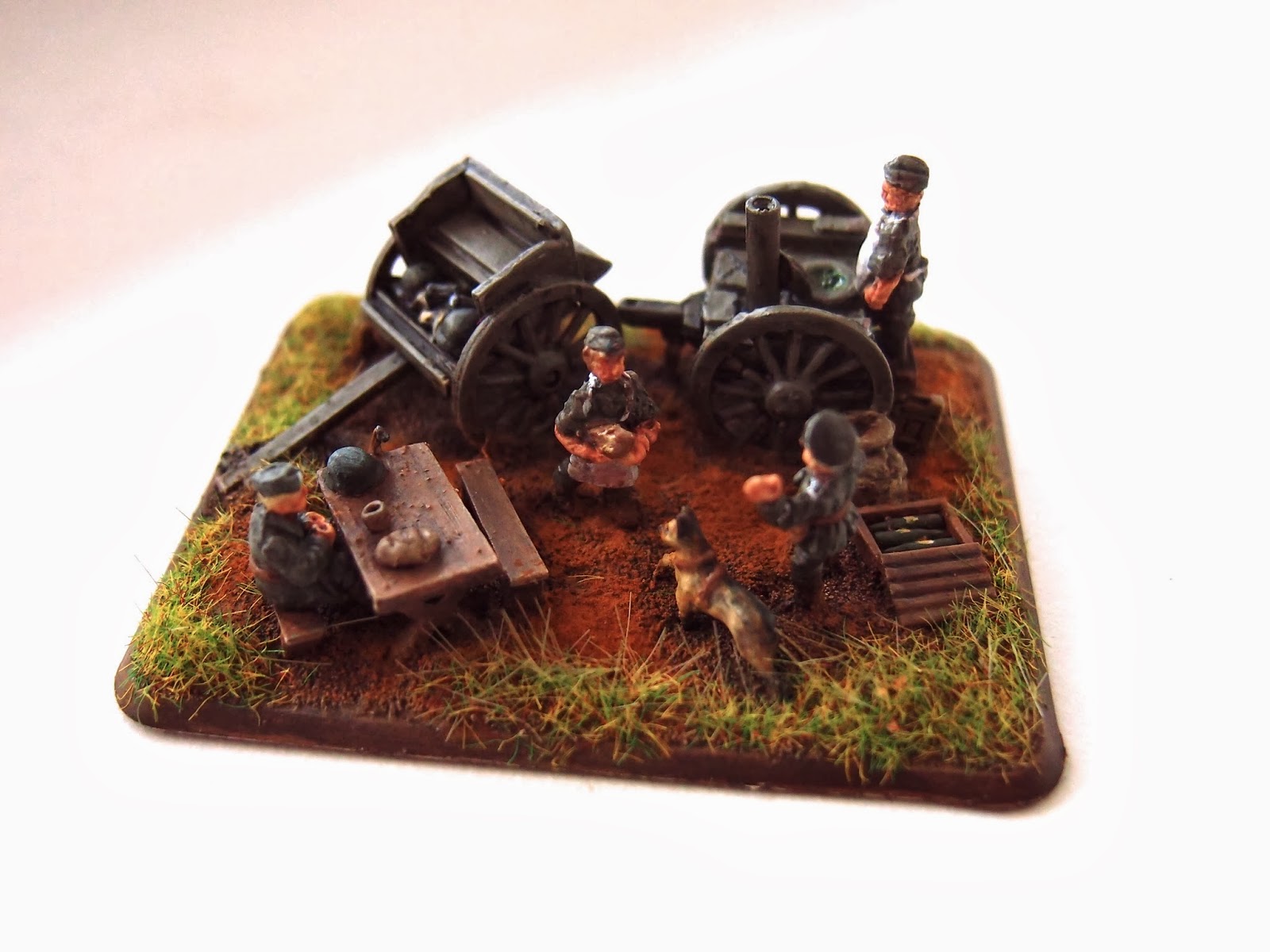 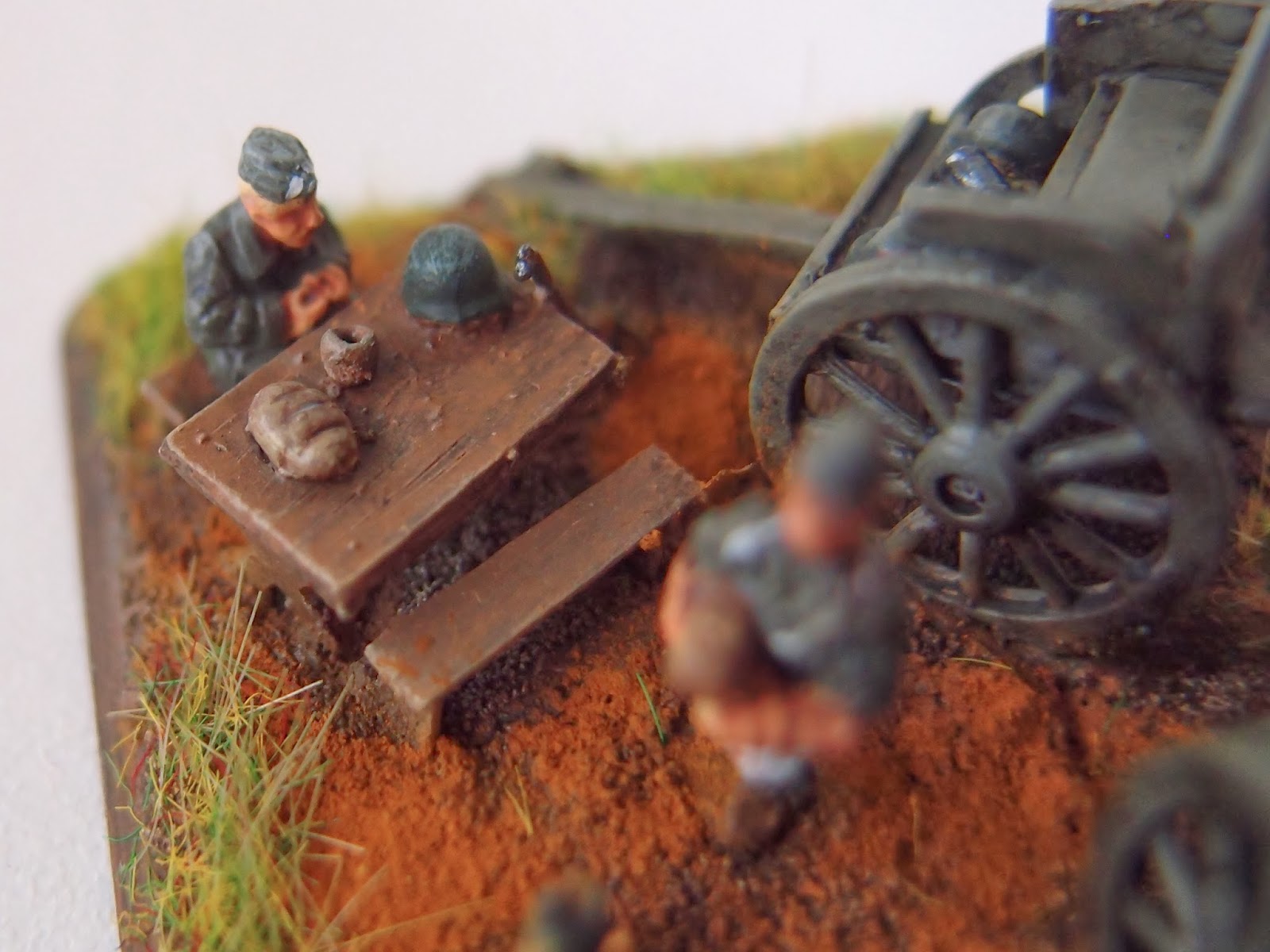 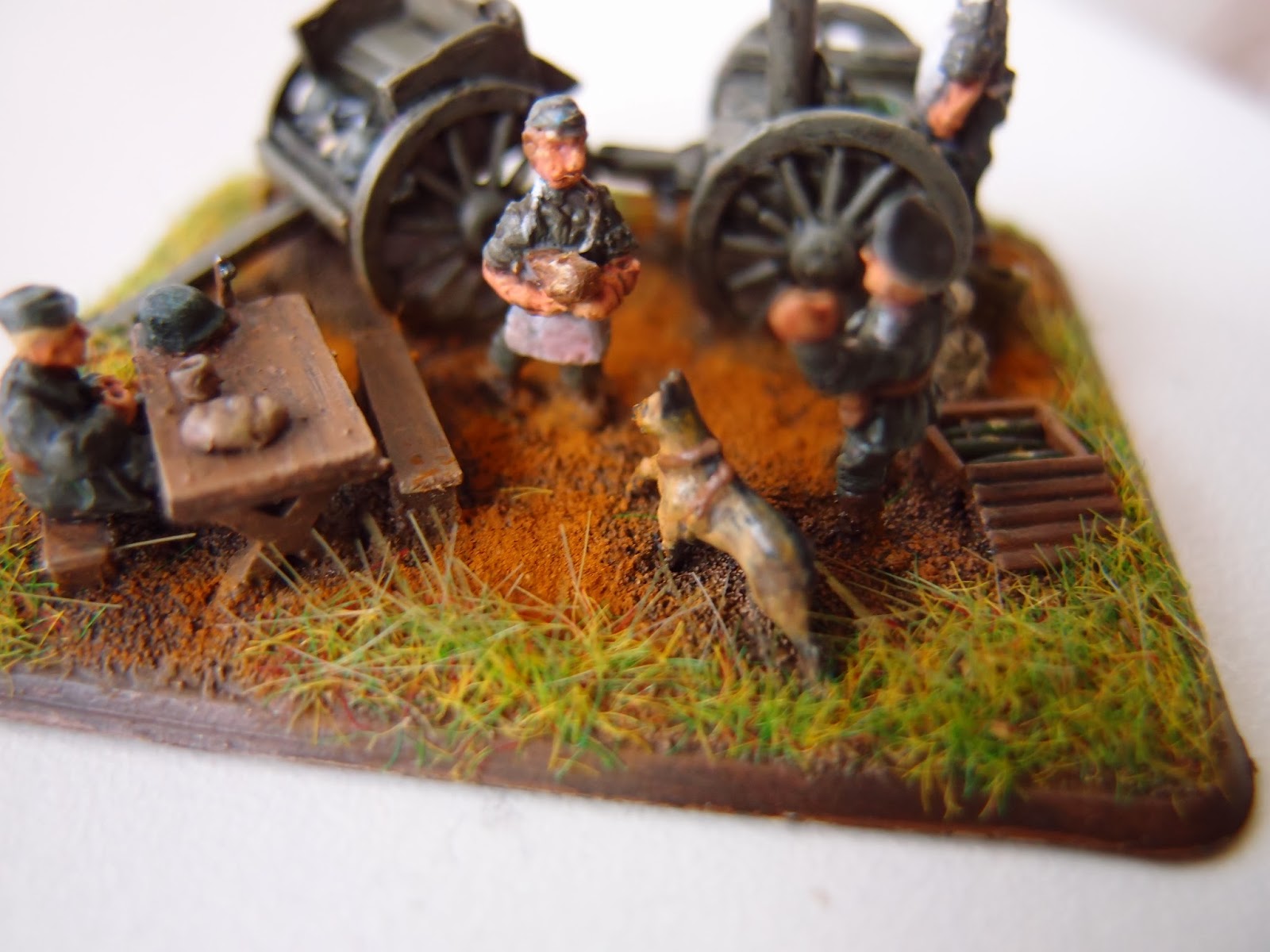