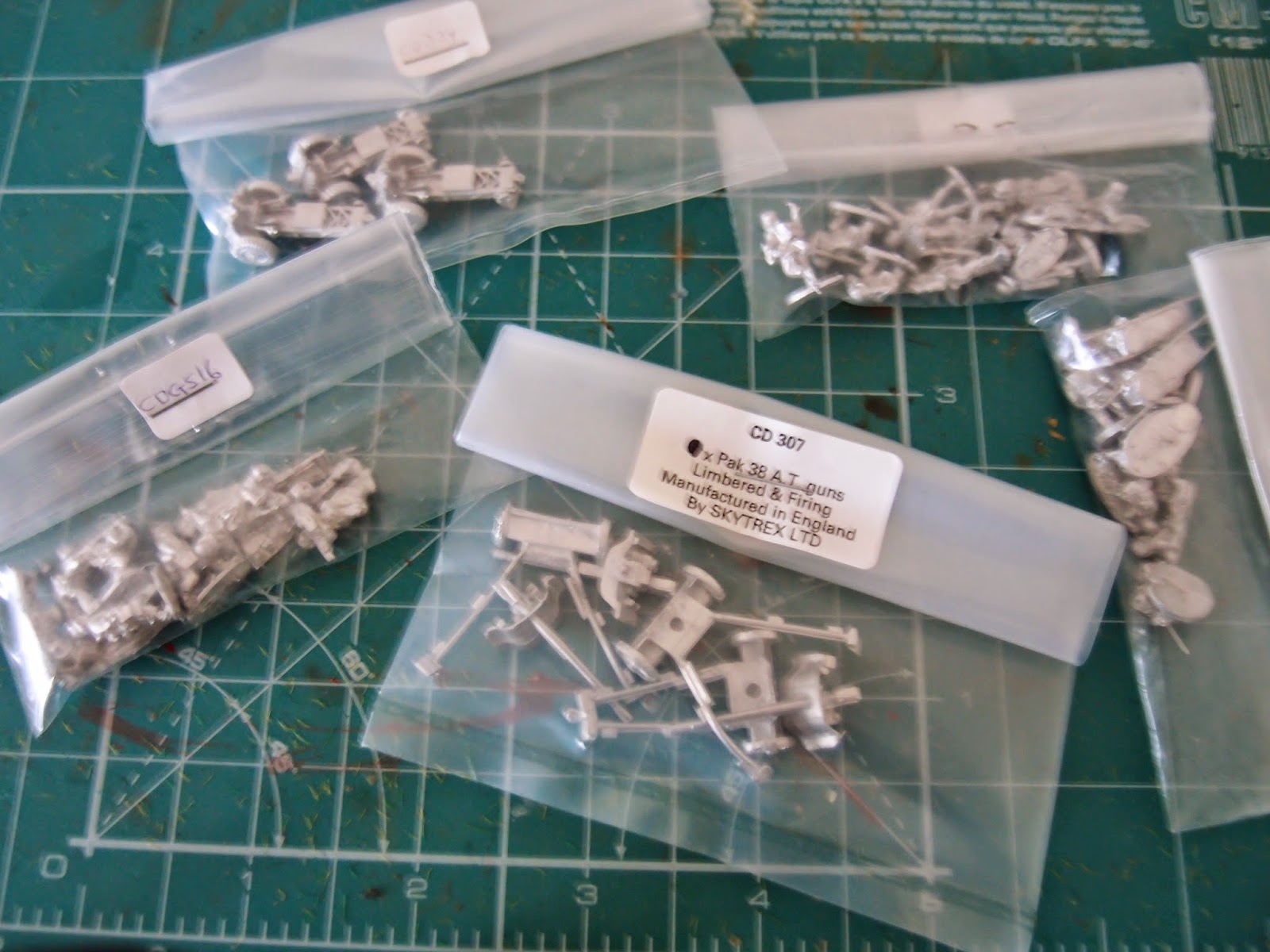 I'm sure that many of us from time to time look for some alternative providers to Battlefront, although they provide great minis in 15mm. We do it either to make our small armies unique or just because of budget issues.

Today, I would like to share with you a short review of Command Decision miniatures available from Skytrex. The motivation of buying these minis was quite the same as with previously bought QRF models. We recently play lots of Battlegroup Kursk (BGK) games and I needed to adjust my Flames of War set of minis to fit  BGK rosters. This is how I found Skytrex miniatures.

During our recent Lenino to Berlin campaign I had an opportunity to play infantry formations for the first time in BGK. It revealed that in my collection I lacked AT and infantry guns. I only had PaK40s, which are quite expensive in BGK.  I wanted to add a famous PaK38 and the prettiest infantry gun I've ever seen - 7.5 cm leichtes Infanteriegeschütz 18. I didn't need a whole batteries of those guns, so I started to look around to find some cheaper options. And this is how I found these two sets:
The price is reasonable (6 GBP), however, you get only the guns without crew. What delighted me the most, was that one of the guns in the set is in limbered position (wohaa!). 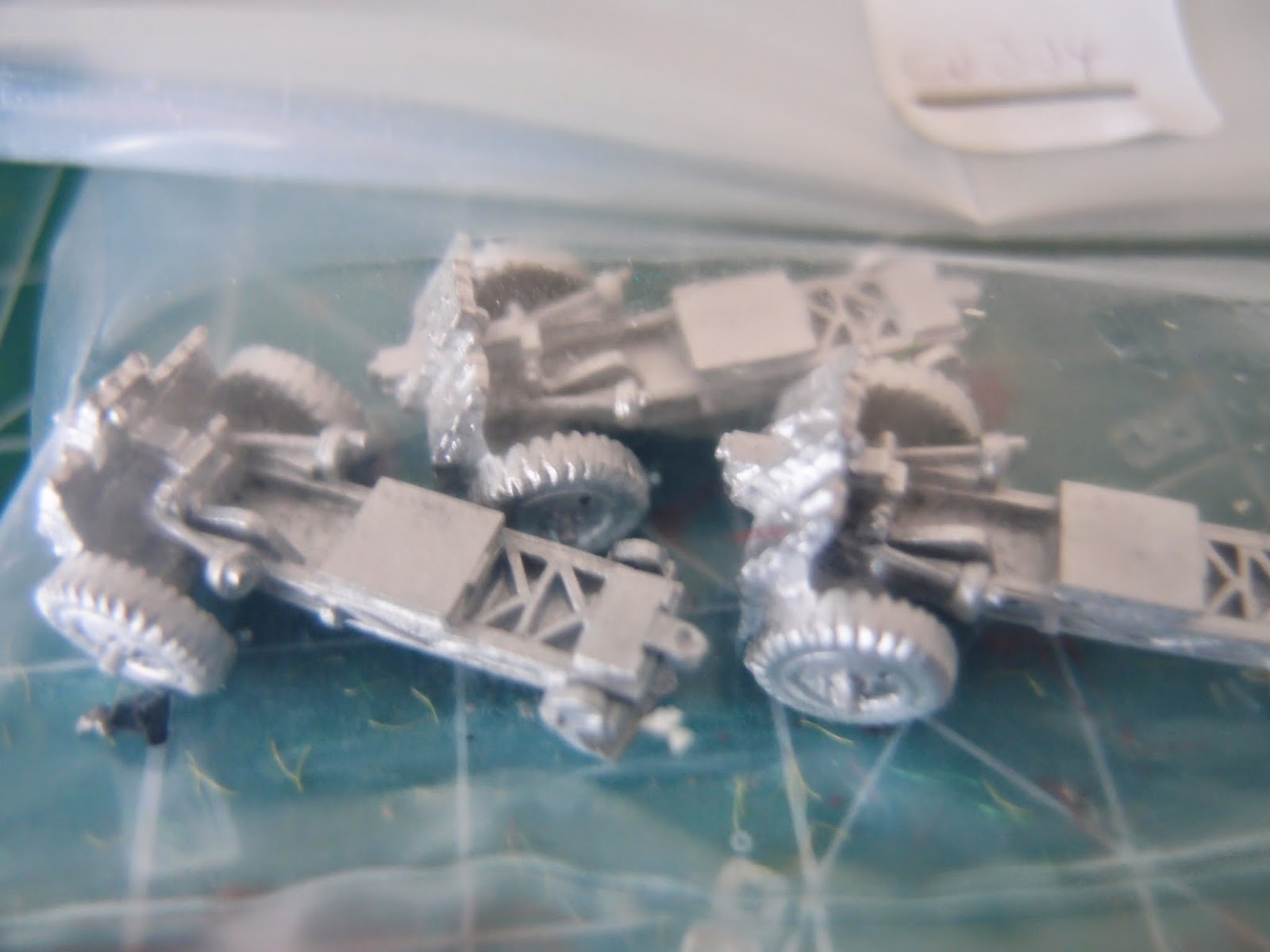 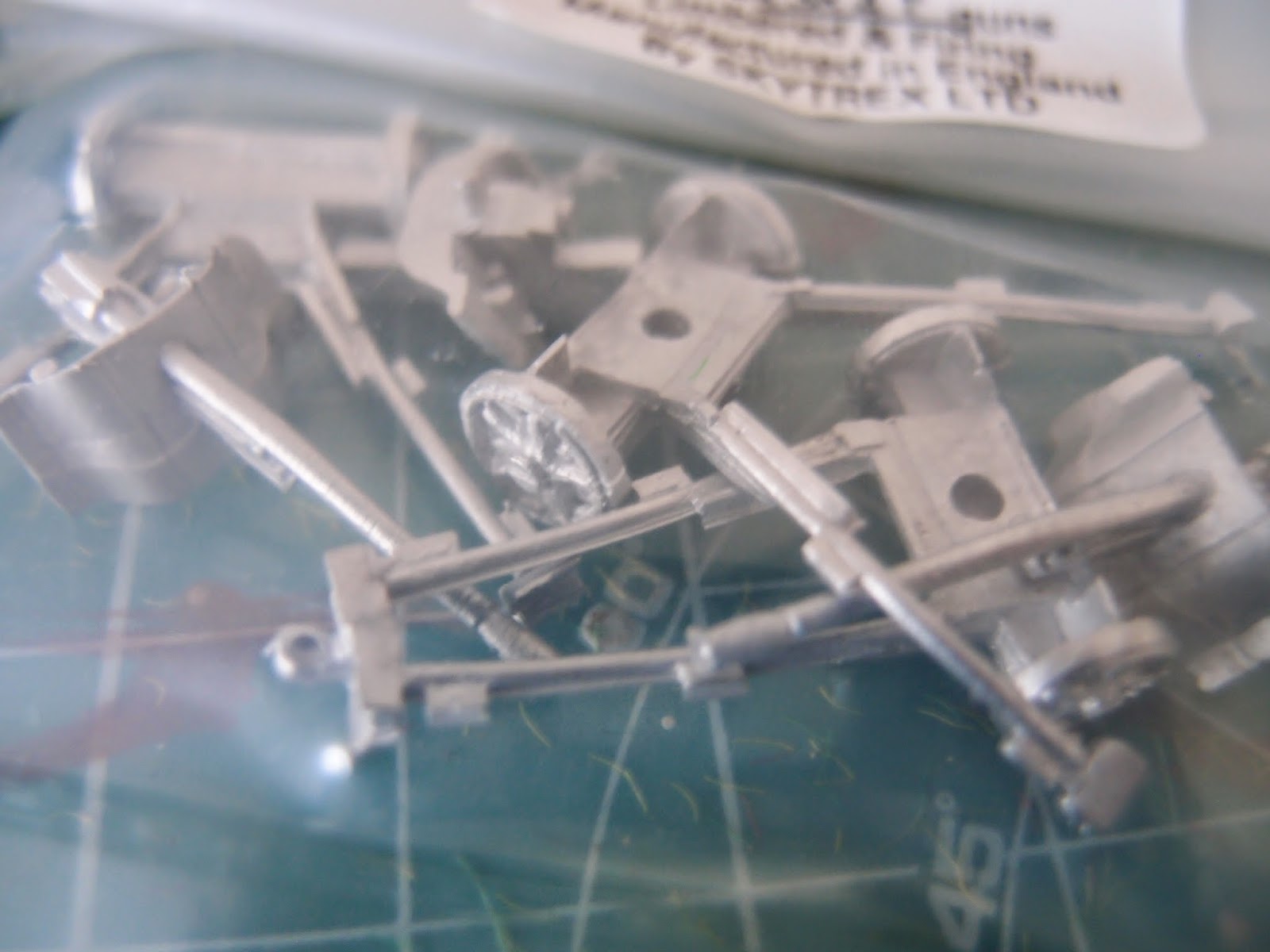 The 75mm guns are casted as single pieces. Their limbered and unlimbered positions are the same. The PaKs 38 has a lovely feature. Its carriage is casted as a single piece and the gun with the gun shield as another one. This makes it possible to have the gun rotating its gun shield a bit - that looks great. I used a small magnet to make it detachable. Great piece of work Skytrex- really! 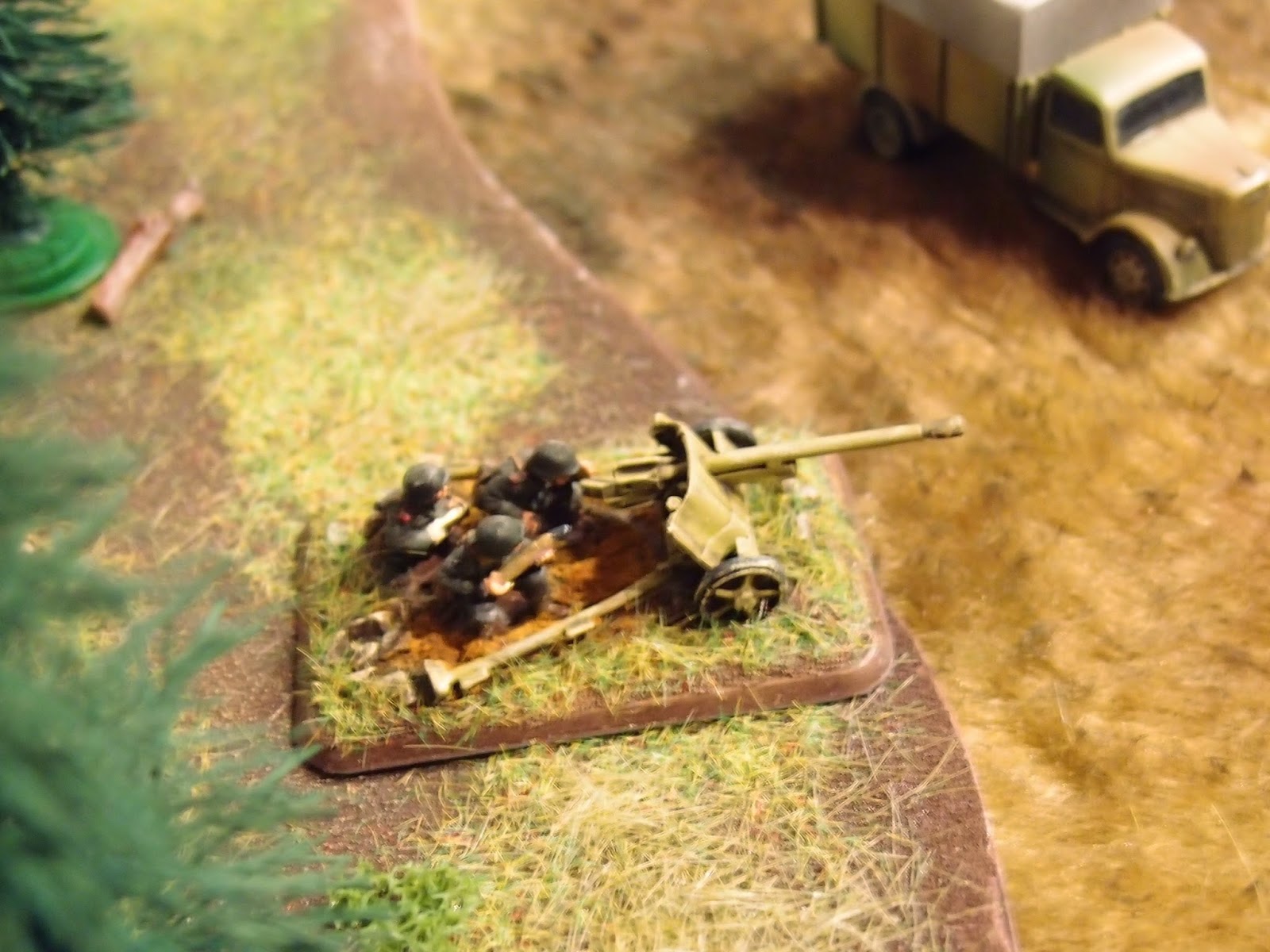 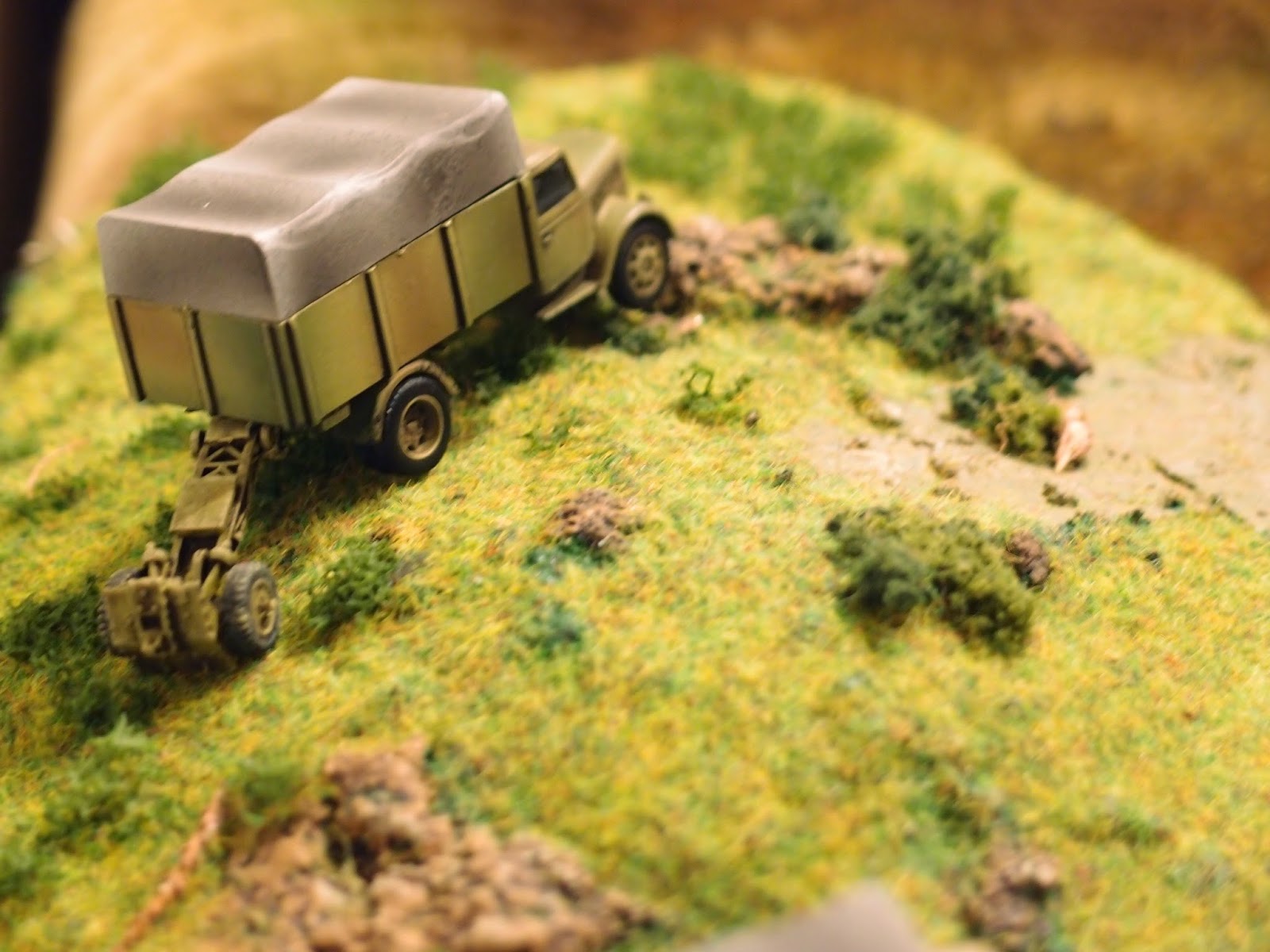 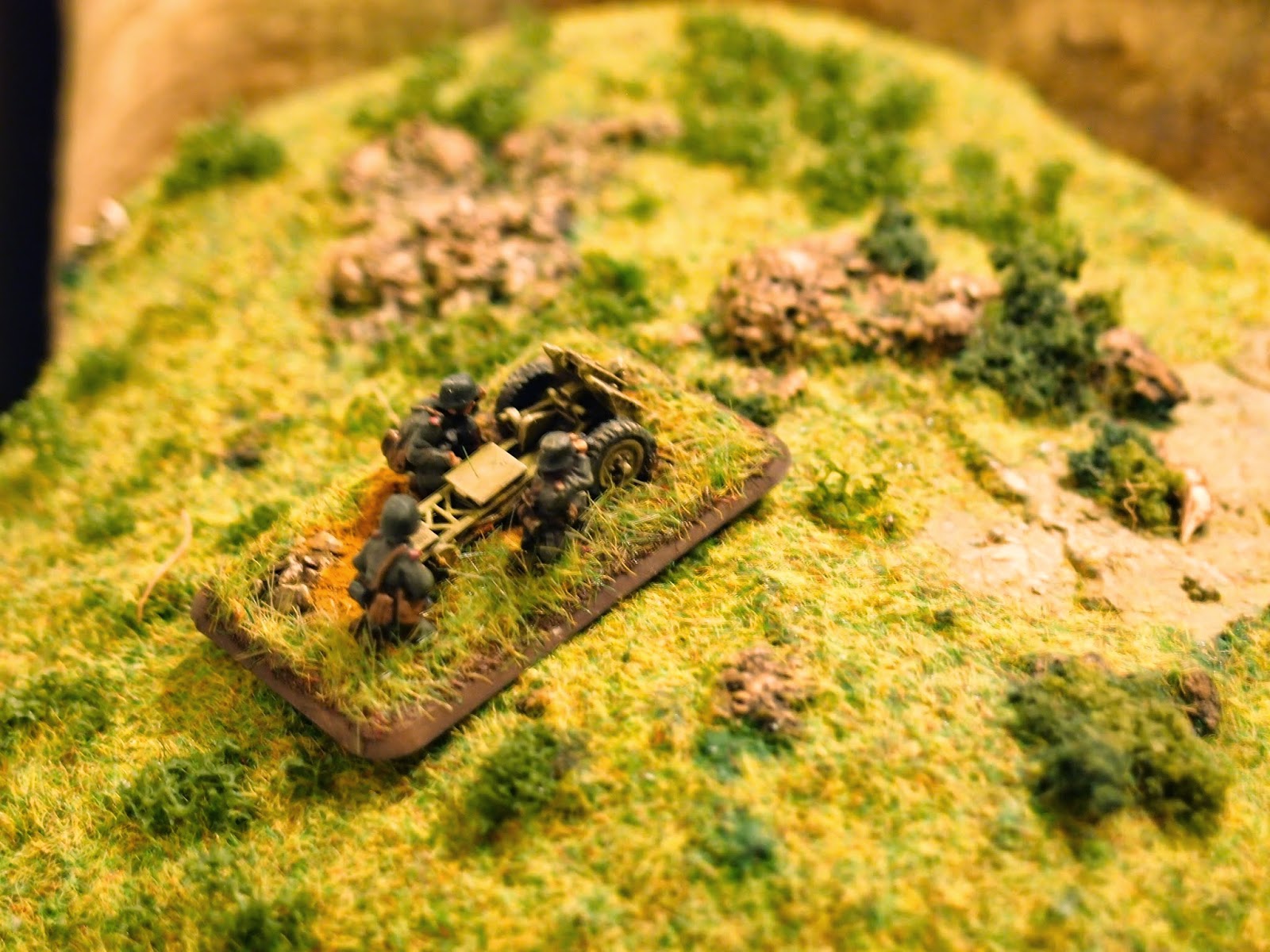 The second set I bought was the CD GS05 Panzer Grenadier Platoon HQ 43-45. I needed them mainly because of the Panzershreck team and 5cm mortar. I used the rest of the minis to create one more base of platoon command.
The minis are very nice - especially their poses. The guy with binoculars is the killer one... The only drawback was the Panzershreck itself. It was a little bit too short. I decided to add some combustion fumes made with greenstuff to make it look reasonable. 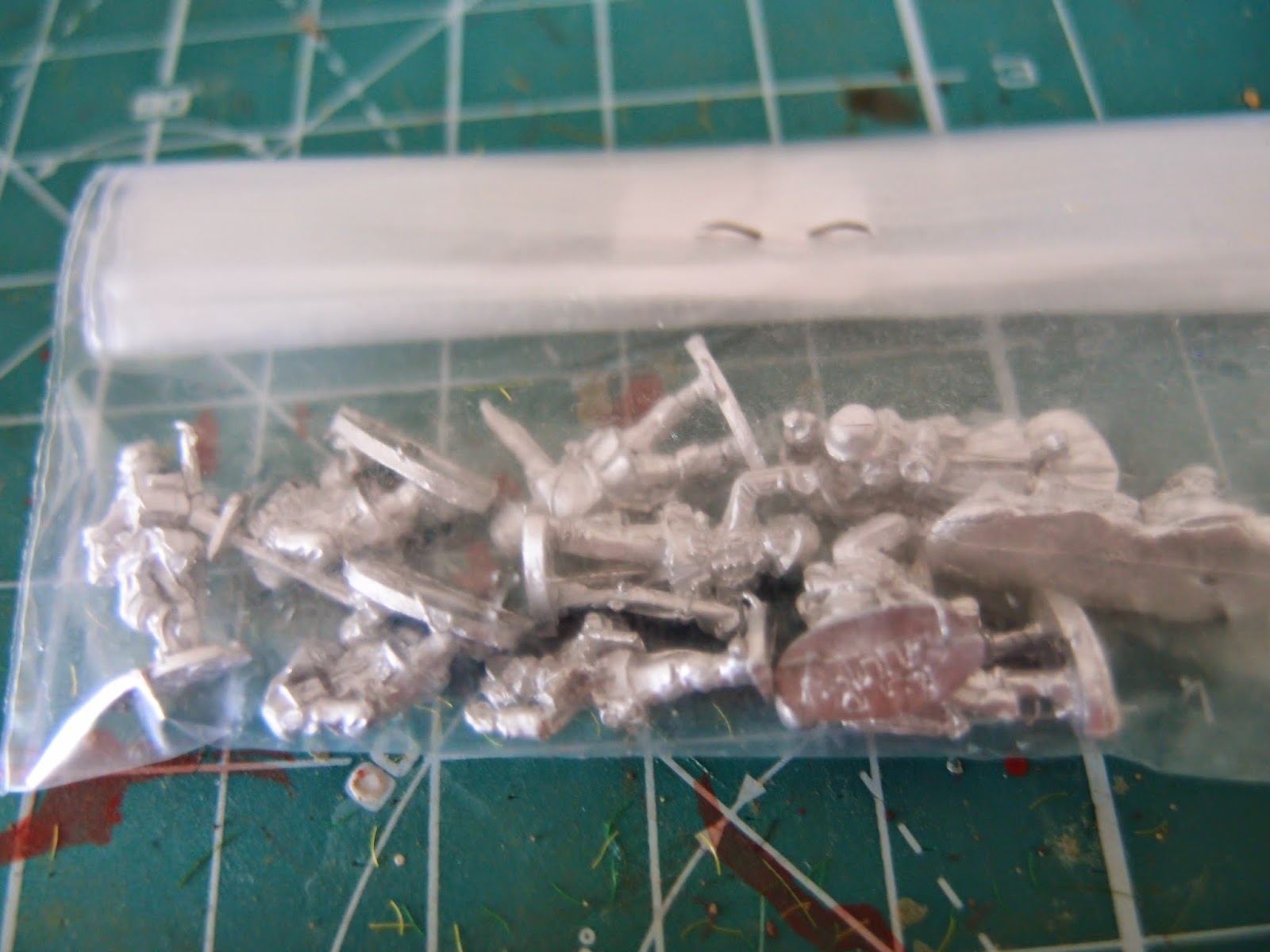 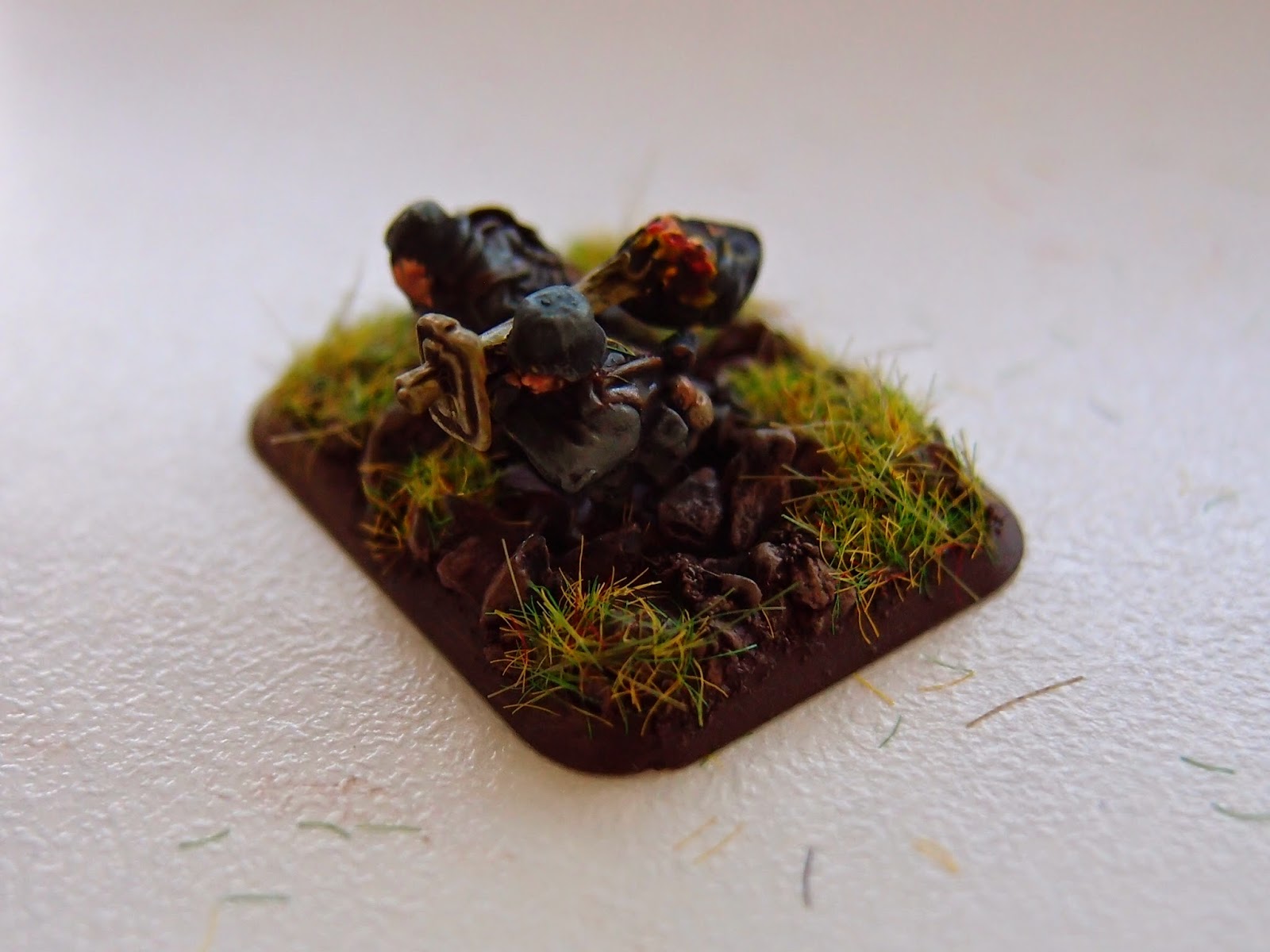 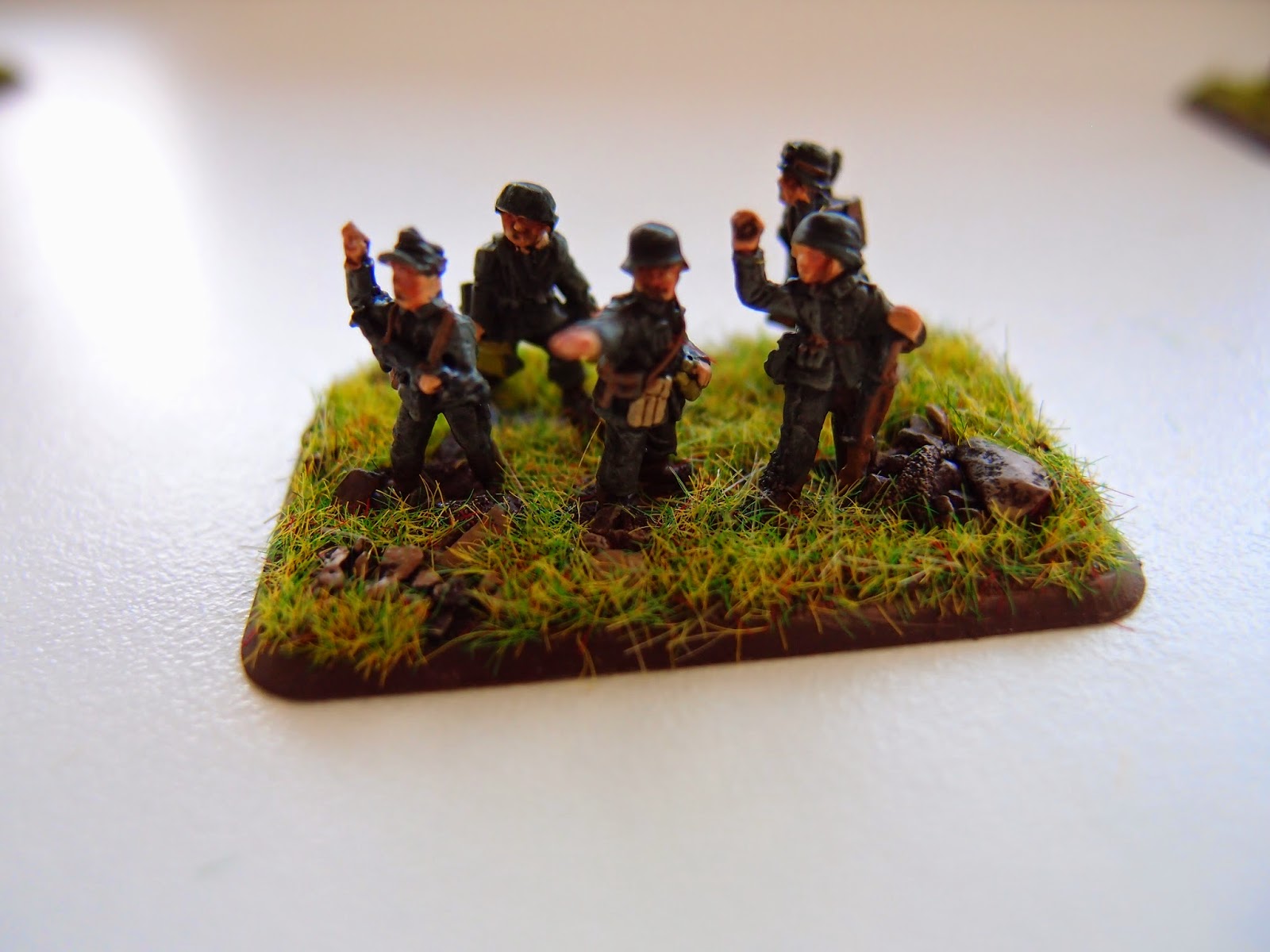 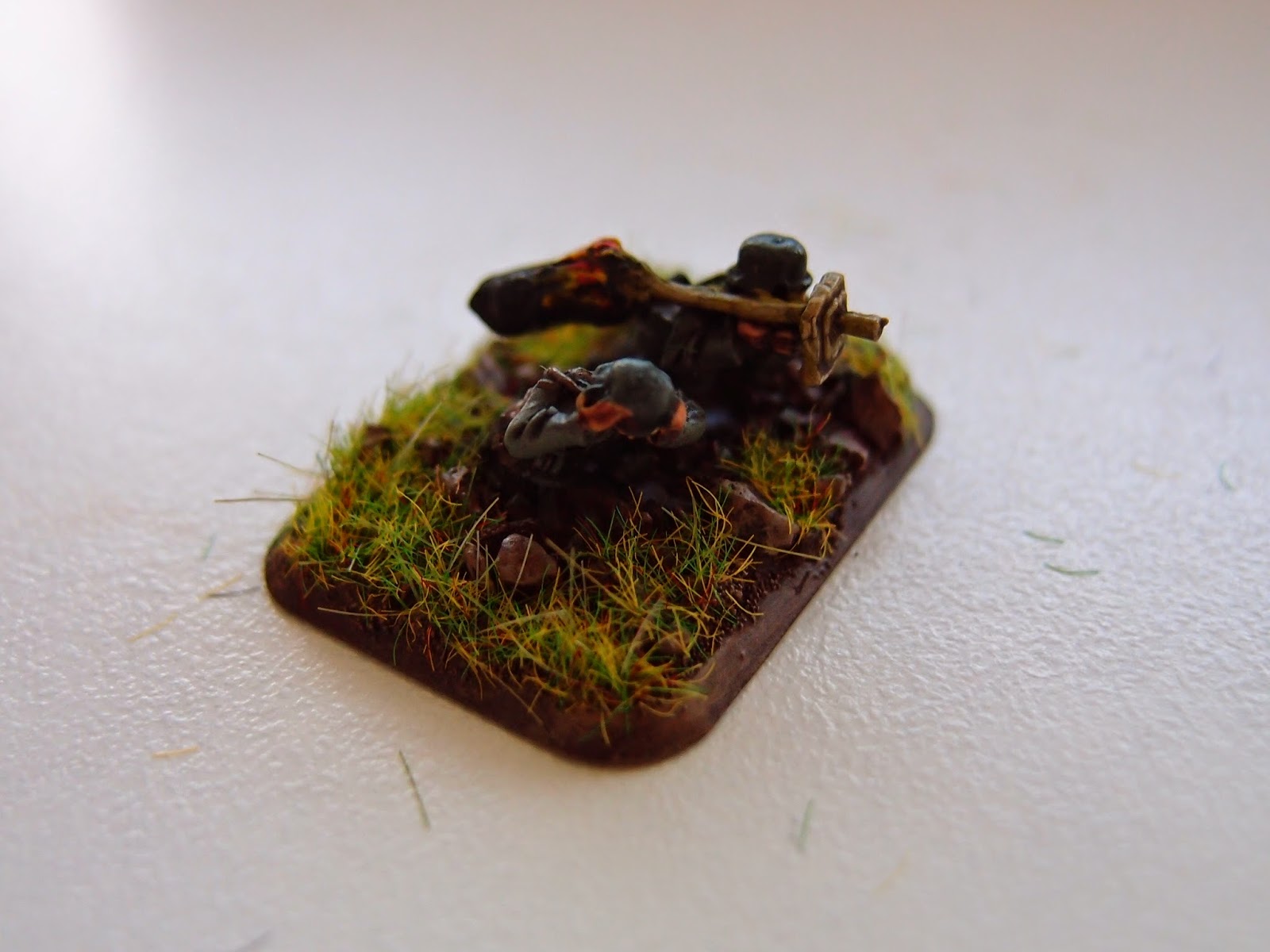 The third blister was the CD GS16 Light Machine Gun Teams. It consists of three LMG teams. This is the main adjustment you will have to make to switch from FOW to BGK. Each German Squad is divided into two units: 5 men standard team and 3 men LMG team. 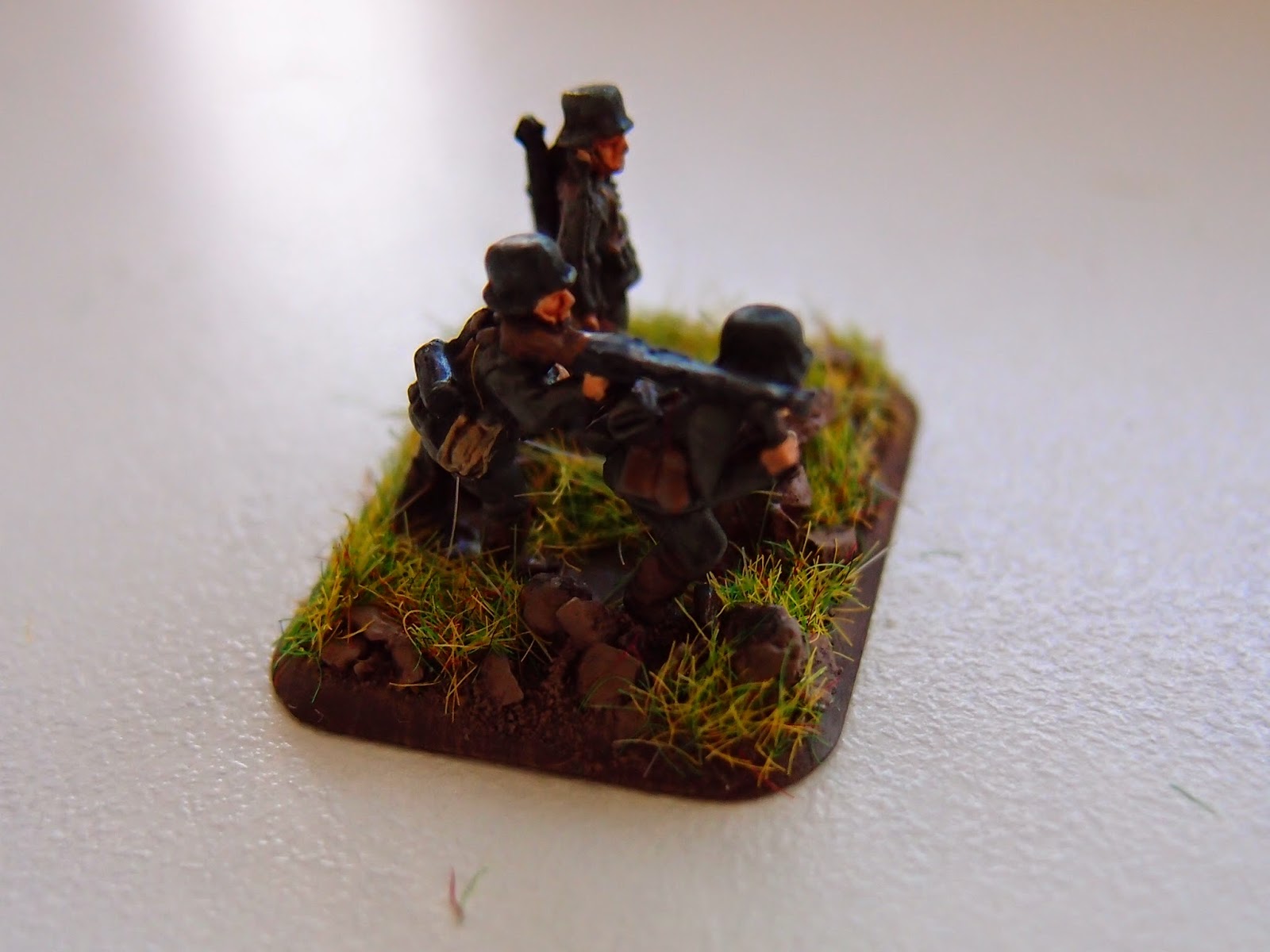 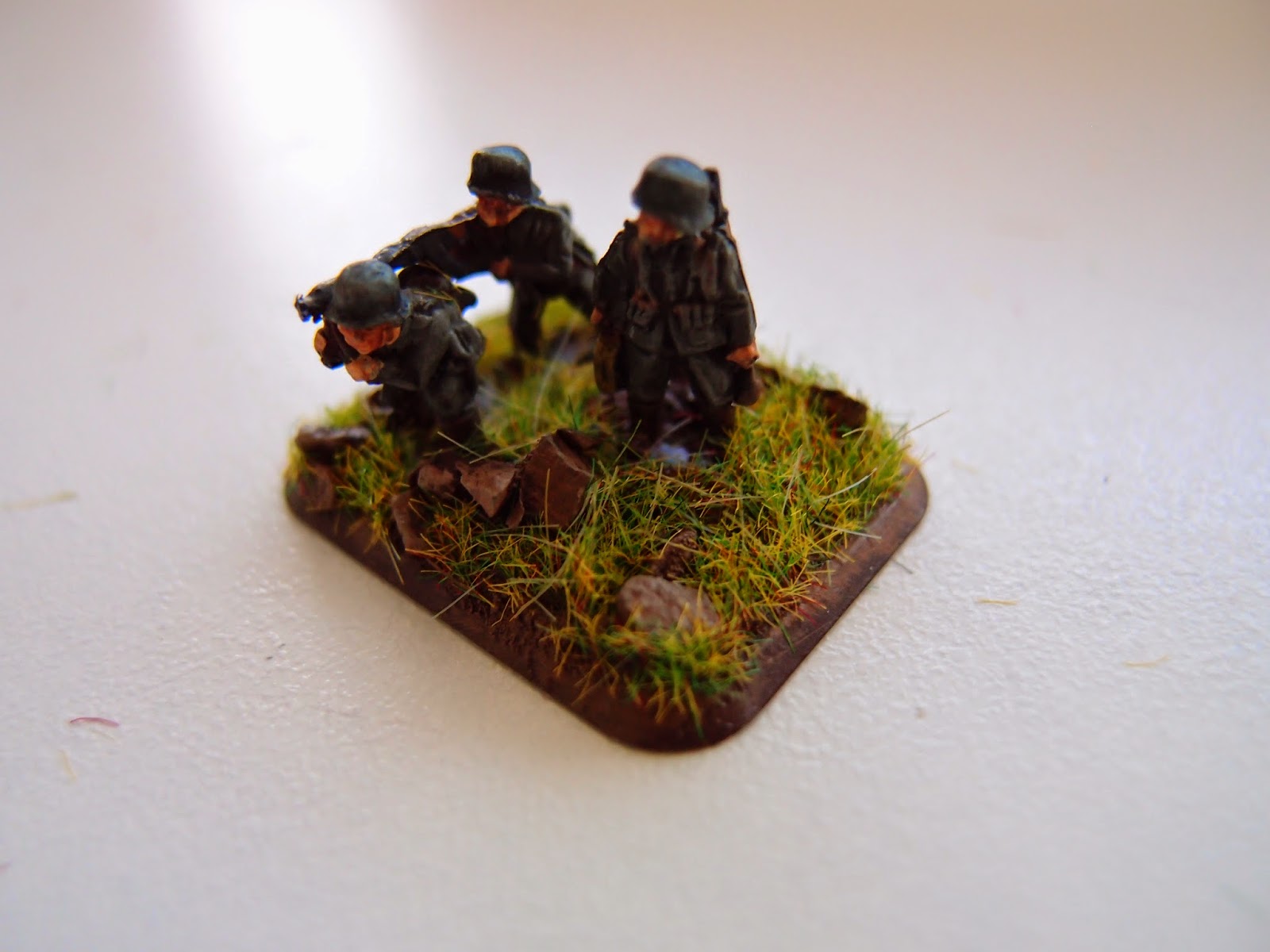 Finally, the CD GS22 Stretcher Bearers & Casualties. This is a true eye-candy. I don't know if I will ever use them in the future (yes, in BGK you can!), but I just had to take them together with the rest of figures. I also used the wounded guy to make a medic base. 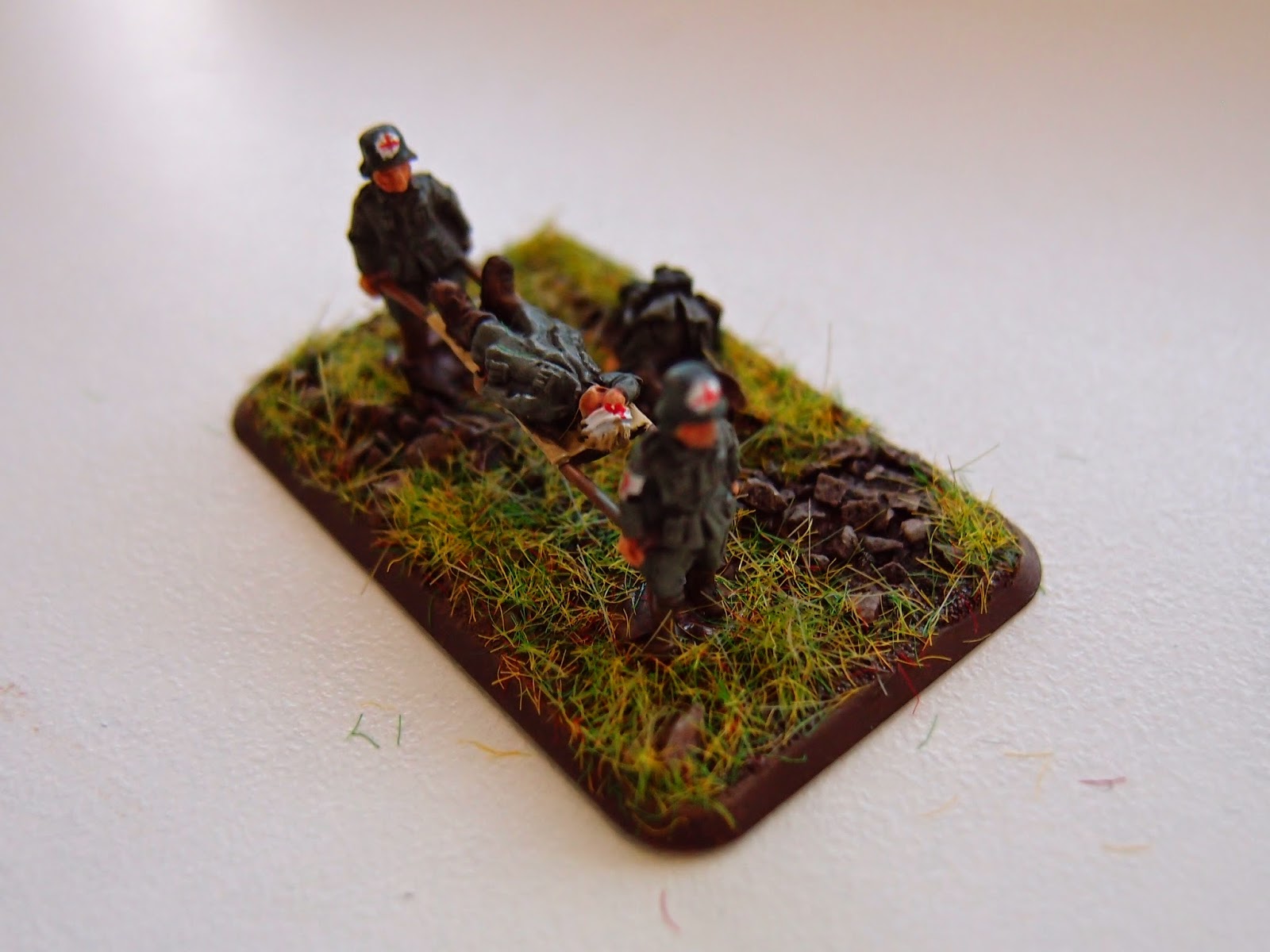 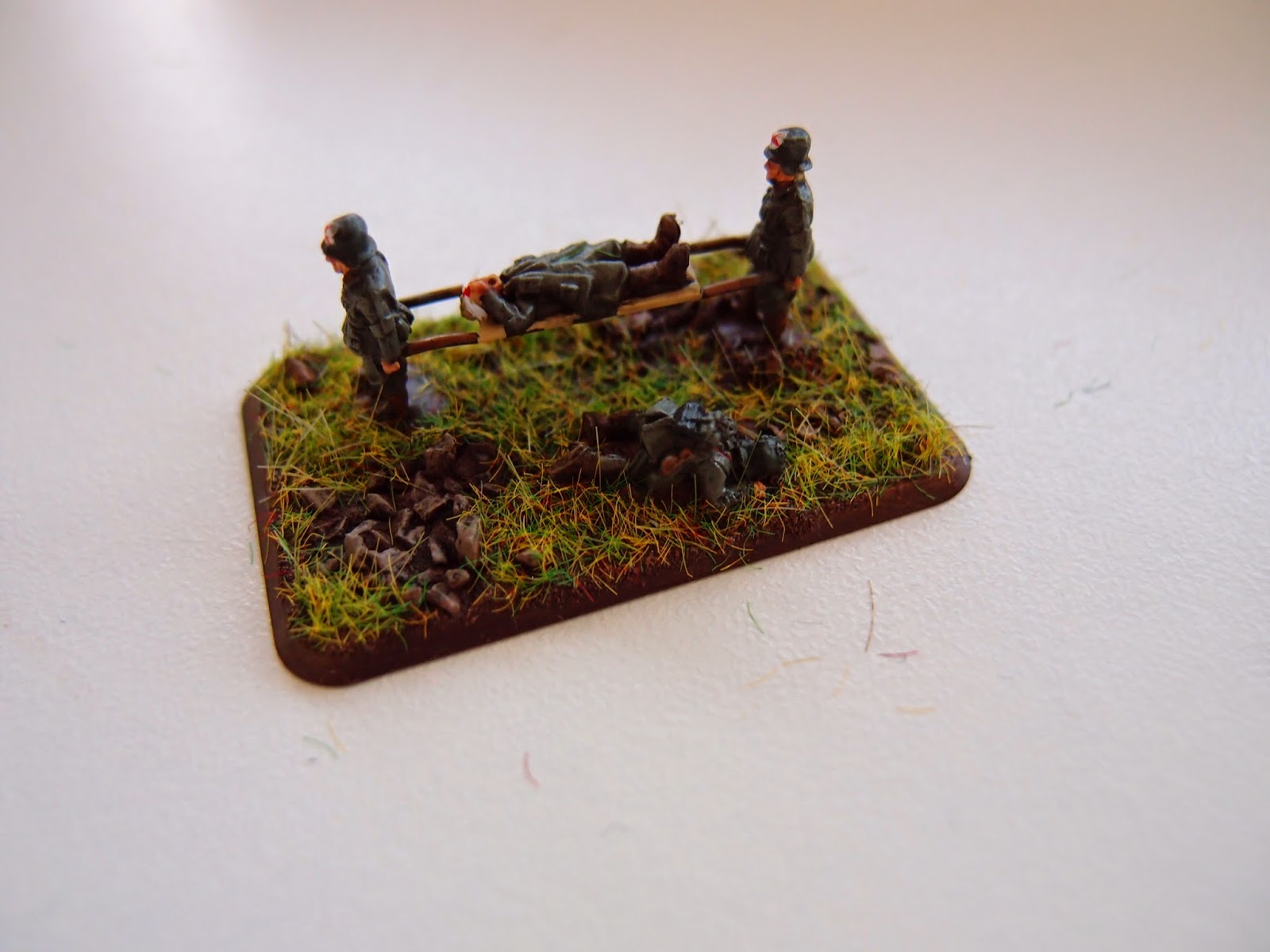 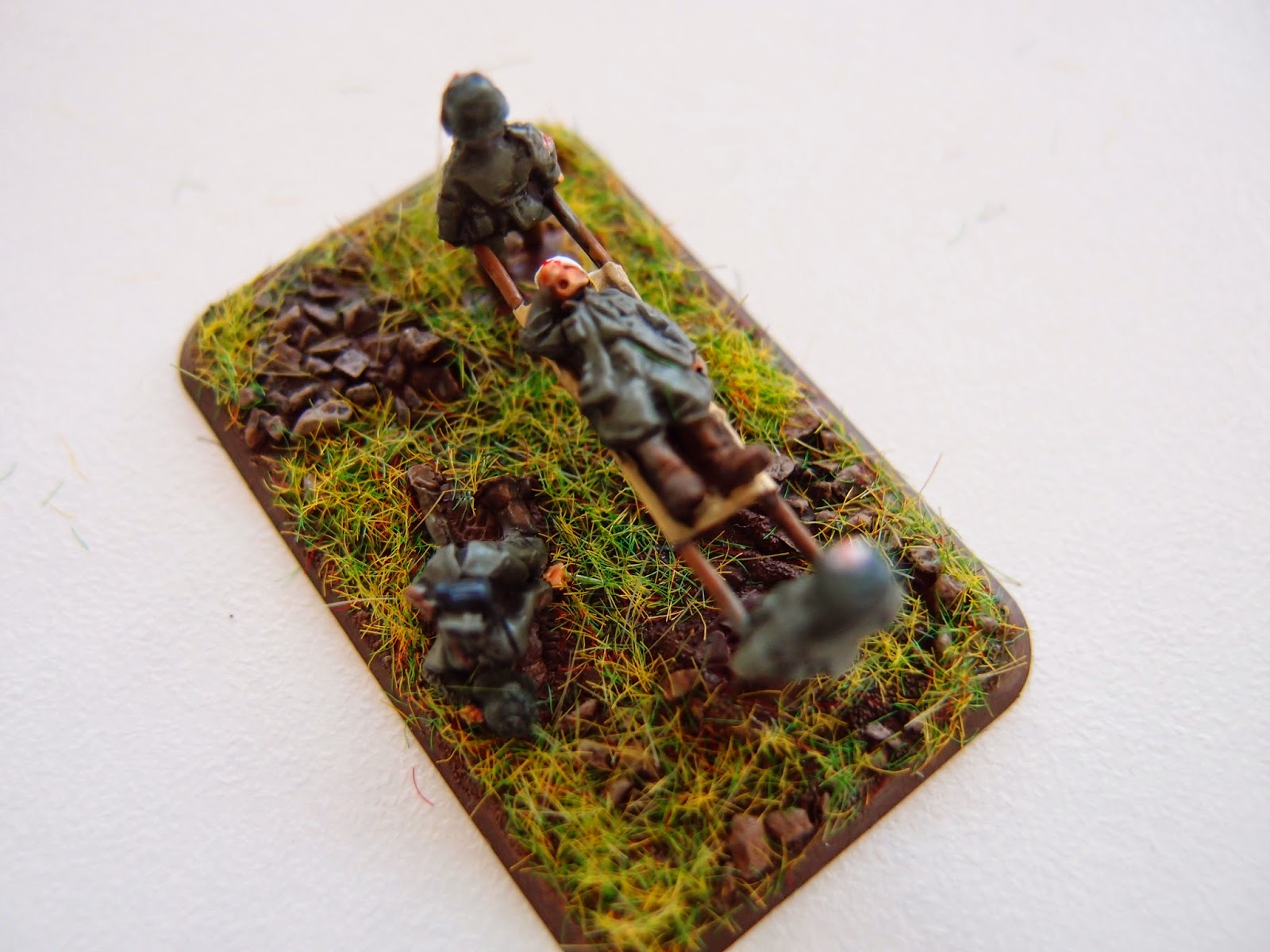 To sum up, I have to say they are very nice minis in 15mm scale. They have really nice (uncommon) poses and they are clearly casted. When compared to Battlefront's I would say they are less bulky, so they probably shouldn't be mixed on the same bases with BF minis. However, you can easily mix bases if they stand next to each other.

Email ThisBlogThis!Share to TwitterShare to FacebookShare to Pinterest
Labels: Review