A wargaming table for the spacially inconvenienced

It's a fact of life, that for most people who live in apartment blocks floor space is at a premium. This tends to put a cramp on any attempts we apartment block dwellers make to do any wargaming in the confides of our homes, since, in addition to having to negotiate for time with spouses and arranging our work schedules around other wargamers' work schedules, we must also figure out where to keep all of our stuff. The latter is something of a Tetris-like puzzle involving paints, brushes, tanks, and random arts and crafts supplies and can be more or less involved, depending on the apartment in question, but the single most problematic space hog is the wargaming table. Simply put, while you may have room in your apartment to set up a table for a game, finding room to store a heavy, monolithic 6' x 4' piece of wood in an aesthetic and socially acceptable manner is no easy task.

The typical solution which myself and my fellow apartment dwellers hit on first tends to be rather straightforward: why not cut the table into smaller bits and stick it together for the duration of gameplay in some rough and ready fashion (e.g., like so or so). It is, after all, much easier to store three small bits of wood behind the couch than it is to successfully conceal one big one. However, what I've found was that the resulting bits of wood can only relatively be considered smaller, rather than actually small. That is, what is effectively a block of wood that's 2' x 4' and 3 times the thickness of the original board is still large and cumbersome to both obscure and keep around the apartment. In addition, having to carry it, assemble it, disassemble it, and carry the lot back every time I was going to have a game was more battlefield engineering than anyone wants.

So I decided to look around for a less obvious solution that would maybe solve some of these problems. I looked at other materials, like various plastic surfaces available to gardeners, and at techniques involving plywood with joists, but it all seemed to have the same problem of assembly and storage, just that weights and sizes differed slightly. Instead, I eventually consulted some people who know things about how actual furniture is made (i.e, my dad), and decided that a wargaming table could maybe pretend to be furniture too, rather than just an ad hoc ugly surface. Hence, why not make a cupboard that magically unfolds into a wargaming table? A simple enough idea, except, as it later turned out, for a few details. The first concept looked something like you see to the side.

I talked that concept over with my dad, and there turned out to be some obvious (in retrospect anyway) problems with that design. First of all, it seemed I had no idea where hinges are placed and how they work (it is not by unicorn magic, apparently). Secondly, there are a number of problems with my idea for extra legs. They would have to be strong enough to carry the weight of the table so they would have to be made from some other material than the rest of the cupboard (i.e. probably not chipboard). They would also be placed on some hinges that are open when the table is not used, and they would be shorter than the surface, so they wouldn't be very aesthetically pleasing. Also, just the existence of protruding bits of stuff bolted onto the surface would make the cupboard less usable when it was in its cupboard form. 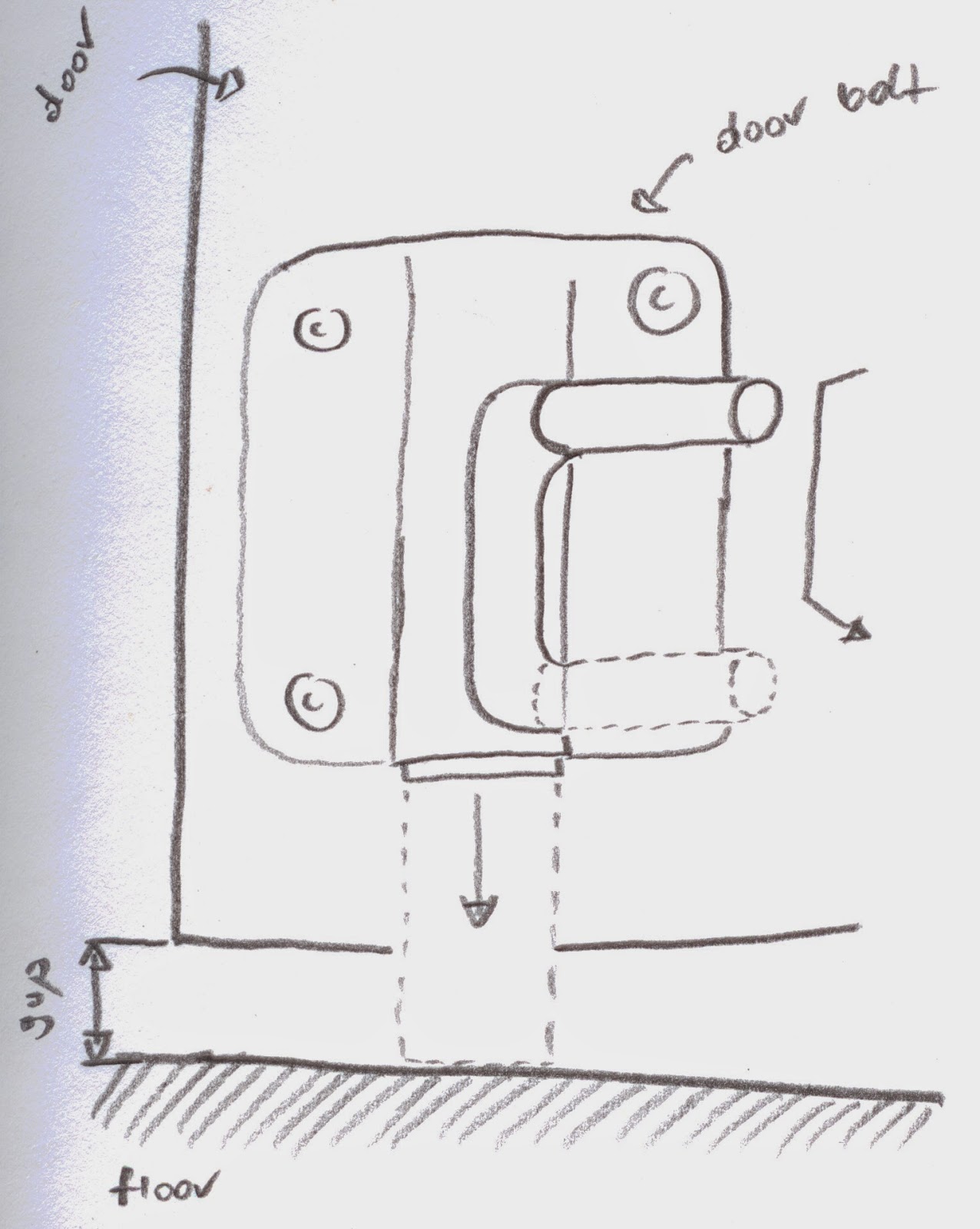 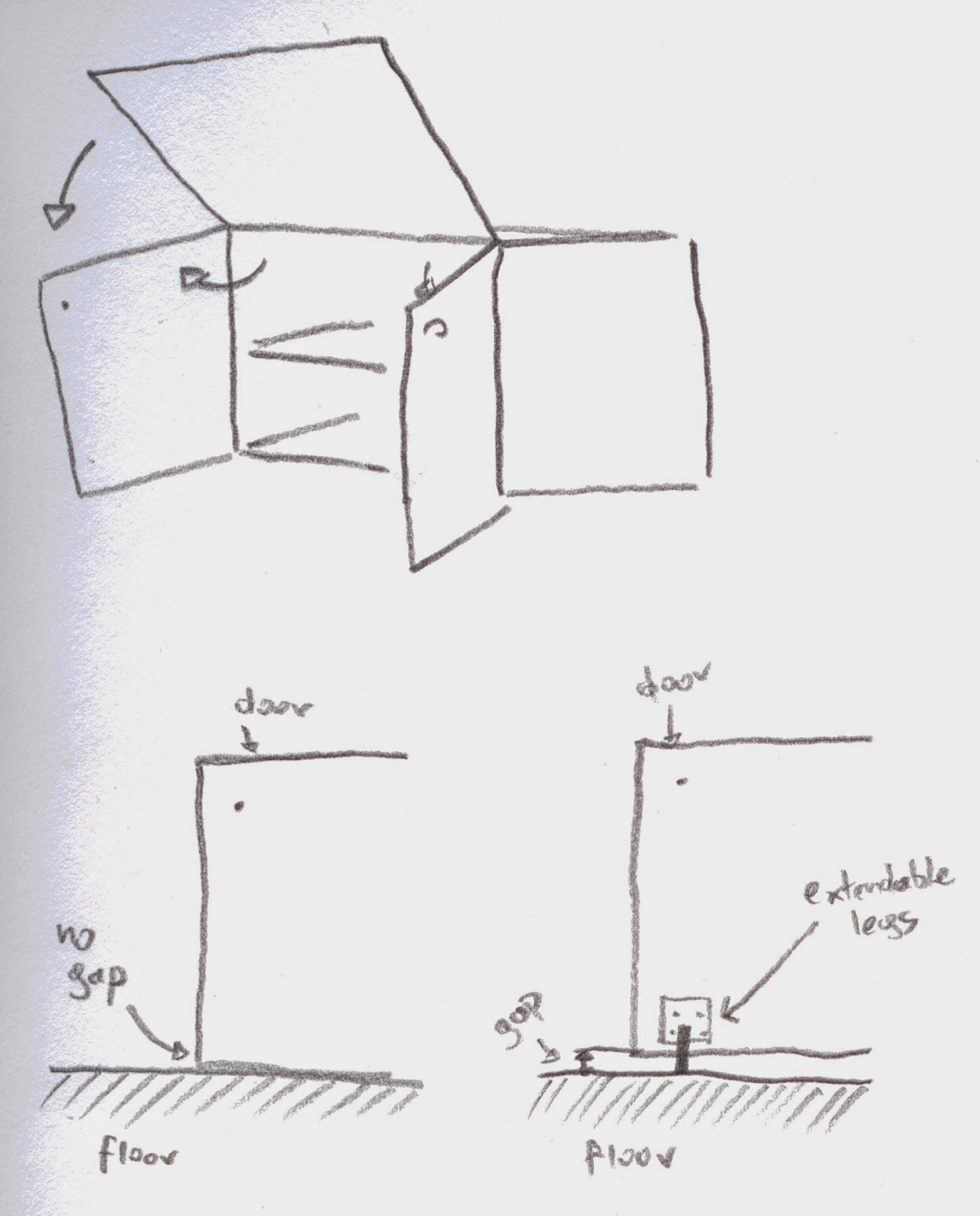 Instead we thought up a different and much simpler solution. The cupboard has doors which can be used as legs, which is a dumb idea, since if you put something heavy on an open cupboard door, the distribution of forces will eventually cause the door hinge eventually to be ripped out. But! If you change the distribution of the forces, so that they are not ripped out. This can be done by having the cupboard door be supported on the floor. I.e., we first thought that we would make the doors simply long enough to touch the floor, but I thought this was a bad idea, since it would be hard to open and close the doors, and they would catch on the carpet. Instead, we decided to attach extendable legs to the bottom of the cupboard, and we improvised these from 3" door bolts made for garden gates. If attached vertically, the door bolt can be extended to reach the floor and support the cupboard door. In this way, the force distribution is such, that the weight of the table does not rest on the door hinge, but it rests on the door bolt acting as the extendable leg, and the door bolt can easily take the weight.

What was left to do, was to calibrate the dimensions to figure out both how the wood should be initially cut, and how the finished article should fit into the apartment. This is what the dimensions ended up being: 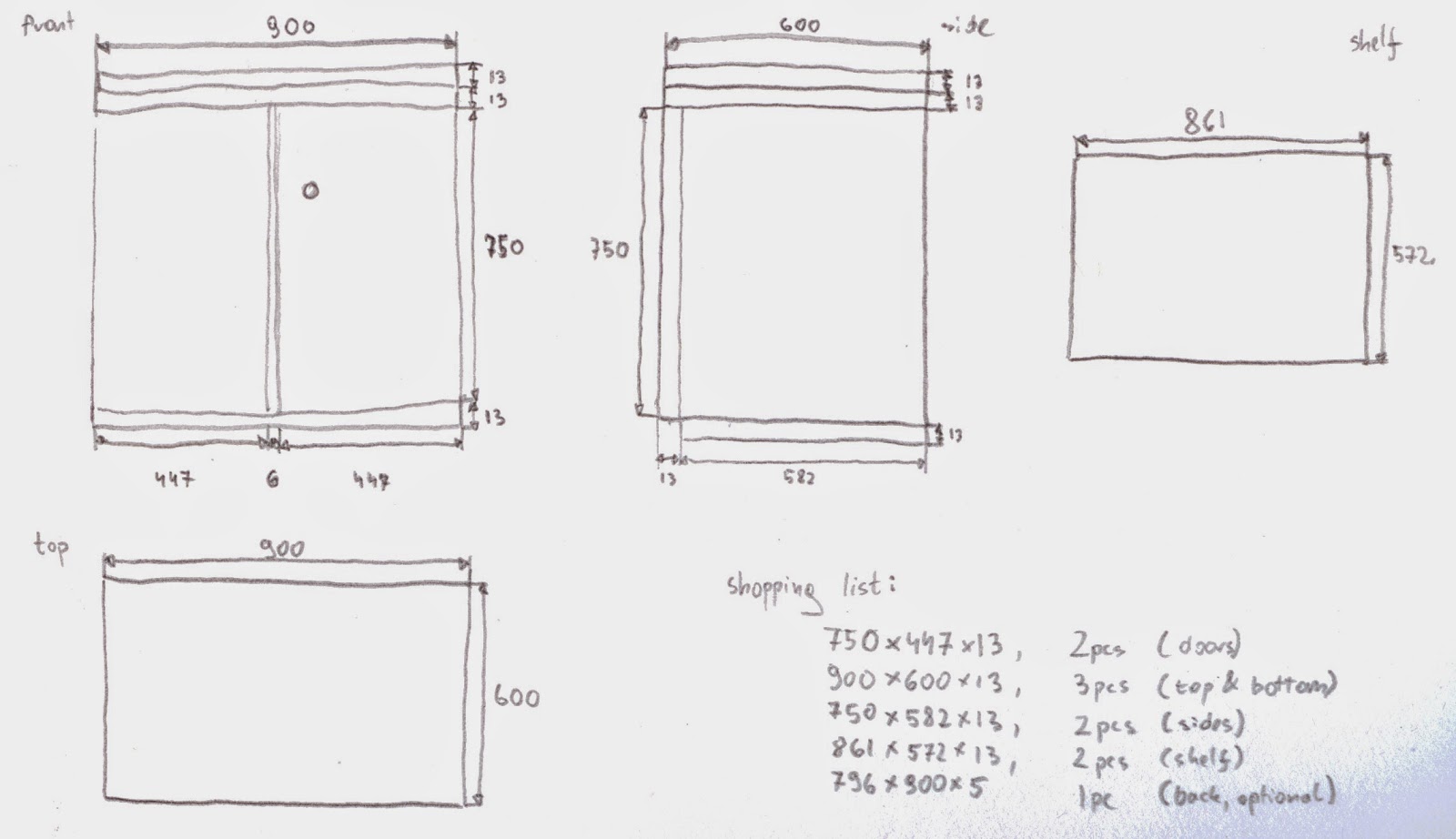 Having thus completed the design, I got to work implementing this wild scheme. This involved carpentry, of which I am not an adept by any stretch of the imagination, but making closets is mostly about measuring things, it seems. In any case, I managed, which probably means that just about anyone can make one of these. I achieved this feat by first ordering chipboard that was cut to size and then borrowing tools from my dad and putting the bits of wood together, until the cupboard was finished. I documented the entire process in pictures:


It's been a while since I made the folding table and I can recommend it heartily. All of Mirek's and mine games were played on it, and it performs excellently. Folding and unfolding is hassle free, and the surface is more stable than the folding table was. The only drawback is that two of the hinges protrude onto the gaming surface. This is not a huge problem if your gaming mat is thick enough, but since we started using teddy bear fur a while back, we sometimes notice the protrusions. On the other hand, the table virtually does not take up any space, since it is a mild-mannered storage closet in its off time. In addition, it also served me quite well as a 6' x 3' table for when we did a Star Trek Online party in my apartment as well. So, if space is your problem and you don't mind getting your hands dirty (and splinter-ridden) I recommend you look into this solution or a similar one. 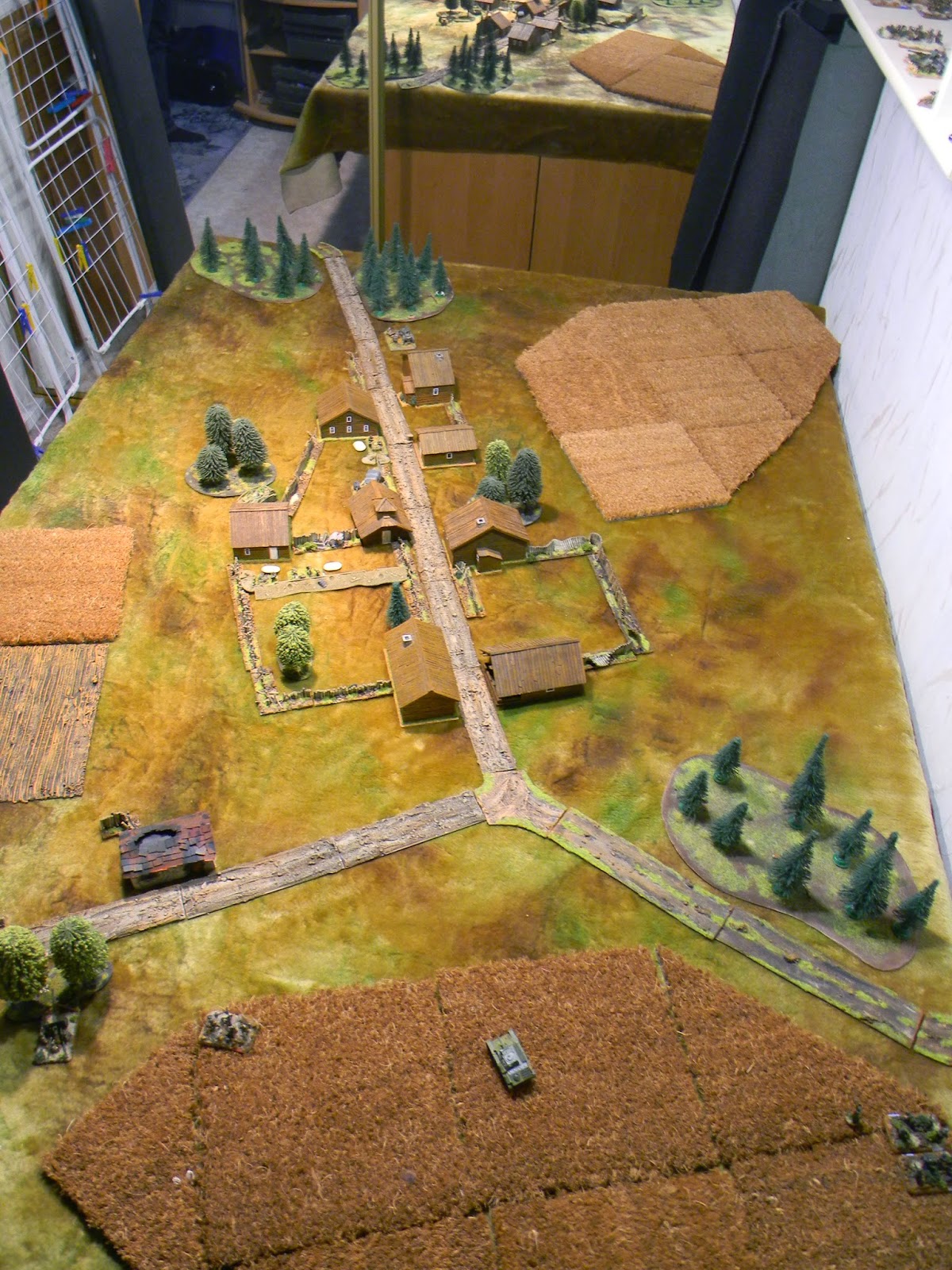