Today, I would like to continue the section called "meet my army", and present the core forces of my company. It was the second box I bought from Battlefront -  GBX18. The box gives you a solid base for the SS-Panzergrenadier kompanie. It contains:


The minis are great, you will find soldiers in many interesting poses enabling to compose two types of bases - dynamic and static.

The good point about the box is that if you combine it with a platoon of tanks or assault guns (e.g., StuGs), it will give you a battle-ready company for 1500-point battles. If you add a battery of nebelwerfers you are ready to successfully fight in 1750-point battles.
It's really cost-effective, however, if you are starting your adventure with FOW, I would recommend you to consider it twice before you decide to collect SS forces. They are in fact a nice option for beginners, because they are elite force, expensive in game points - which results in less models you have to buy to field a tournament-level company. However, their uniforms differ significantly from the other German forces, so you will not be able to easily change rosters. It may sound odd at the beginning, but when your collection of models expends you will want to field most of them for sure. If you can live with that, you will be really pleased to see how enemy panzer platoons brake their teeth on your stone-hard panzergrenadiers :)

Here are some photos of my SS-Panzergrenadiers. For sure, you will find many better painted figures at Battlefront forums, nevertheless I feel no reasons to be ashamed :)
Company HQ with additional transport teams that are not included in the box set: 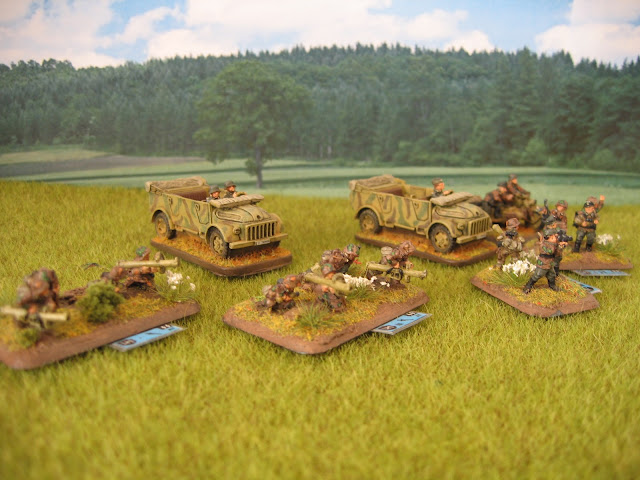 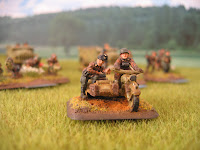 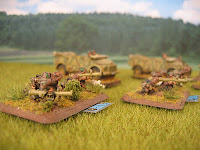 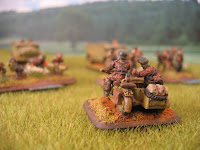 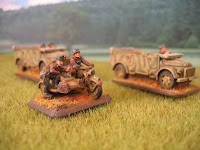 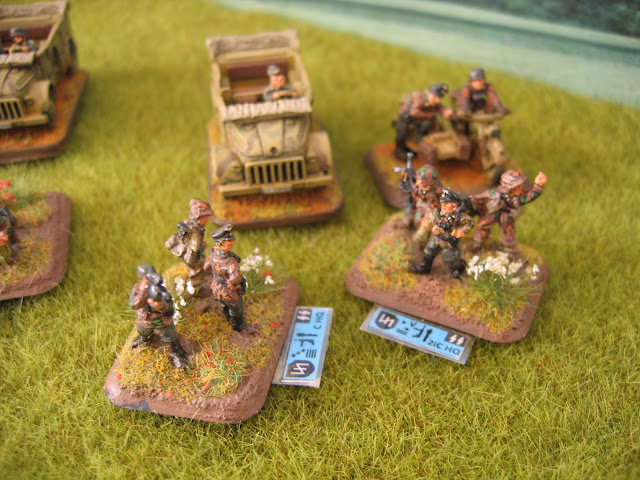 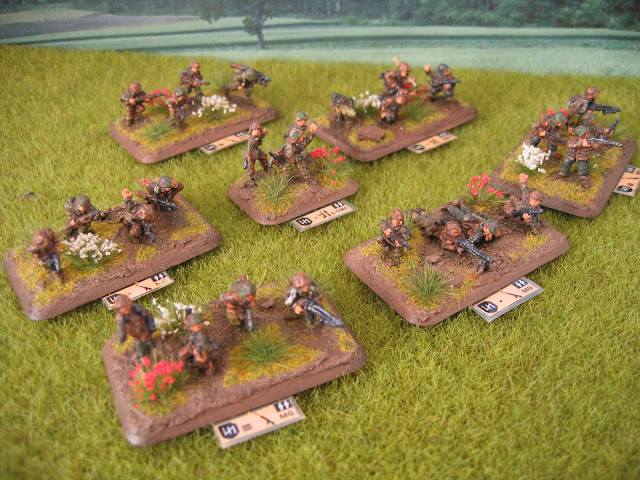 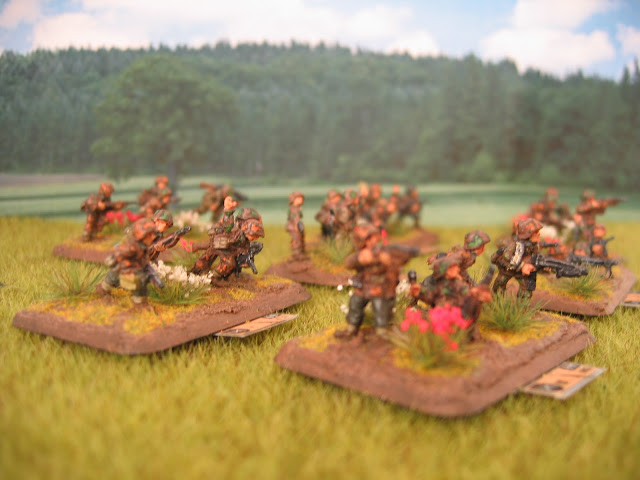 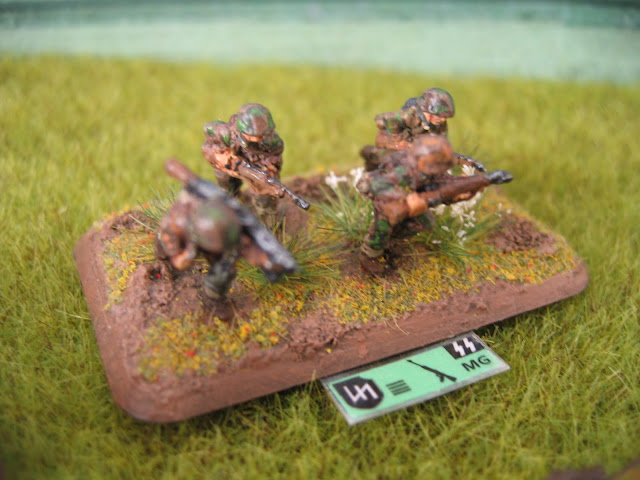 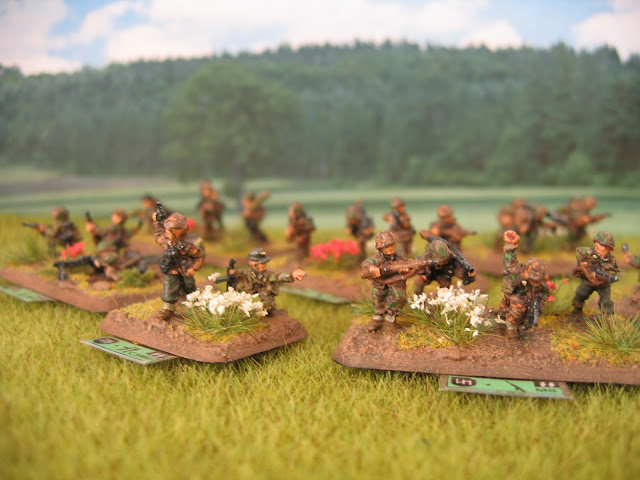 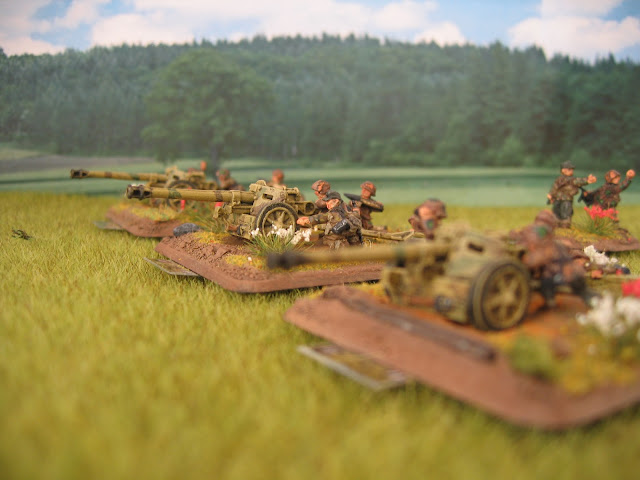 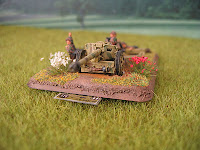 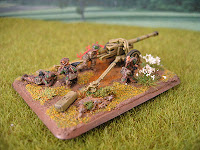 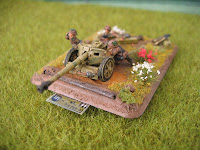 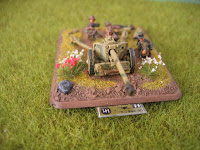 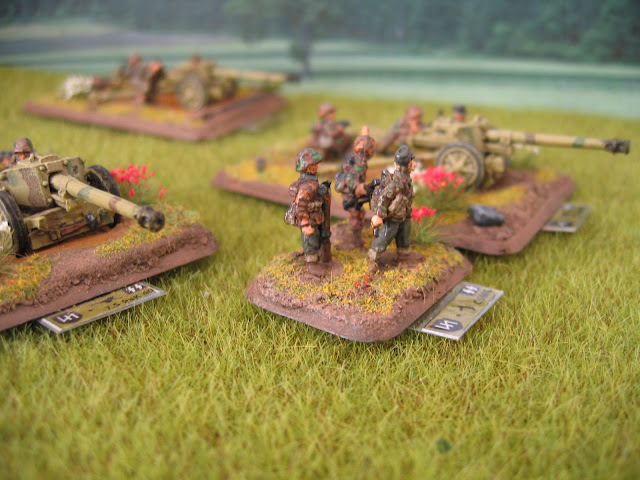 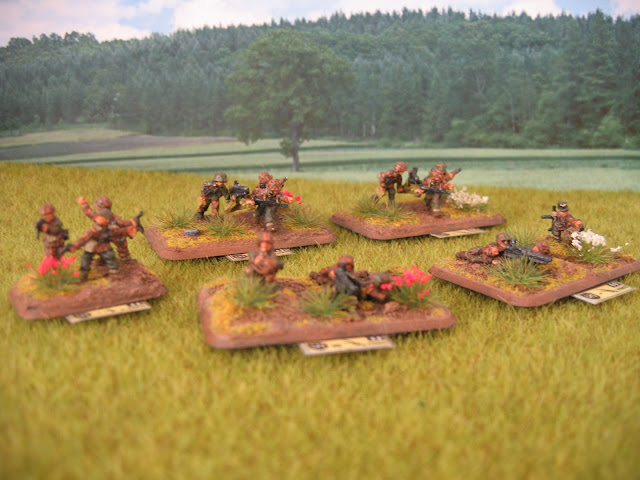 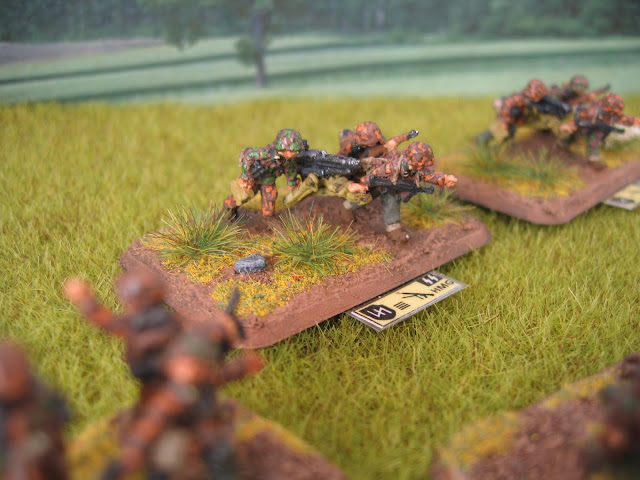