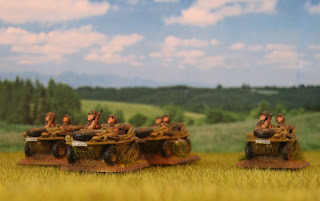 Although it may not seems so at first glance, the SS-Scout platoon is one of the most interesting units available in Flames of War (Late). It is a little bit expensive, you have to pay 180 (+5) points for the large version of the platoon, but it really pays off. So what do you get for these points? Hmm, only and as much as four stands of infantry ;)
These four bases form one of the most flexible infantry units. In its basic form, the platoon is treated as a recon platoon, which is very useful if you have to attack another infantry company. You get recon movement at the beginning; if the platoon is used correctly, it can prevent from exposing your forces for a nasty ambush; and what is extremely useful it can use "eyes and ears" rule to remove gone to ground from other units. Of course you cannot forget that it has cautious movement ability, which makes it very difficult to hit if you can move in cover (e.g. through fields or forests). To sum up, you can send these boys in front of your panzergrenadiers to prepare the attack.

This is not all, of course. They are even more fun if you are a defender (which highly probable if you are playing SS-Panzergranadiers). You can exchange each MG team with the SMG Panzerfaust team. They loose their recon capabilities, but they become real tank hunters. I rarely use them in that form as a separate platoon, but you may also make attachments to other platoons - what I do frequently. Just imagine... You have two core SS-Panzergrenadier platoons. Each of them has two teams with Panzerfausts. For instance, you can attach two additional teams to the platoon that is defending your front lines and the remaining one team to the second platoon. Assuming that you have your CHQ and 2IC in 6'' range of that platoon, you are able to use six Panzerfausts if someone decides to assault your forward platoon. I don't think there is any tank platoon that can survive such punch :) In order to assault, your opponent will have to spend couple of rounds on softening your defense with heavy fire.  This gives your guns hidden behind your infantry enough time to cause serious casualties in enemy platoons.

Battlefront provides a special set GE819 that contains tank hunter version of the platoon. Mine, however, was composed from the minis that remained from the my SS-Panzergrenadier box, and some random german figures. I added also a blister of Schwimmwagen jeeps and BMW motor bikes as transport.

Here is a whole platoon, with all configuration options: 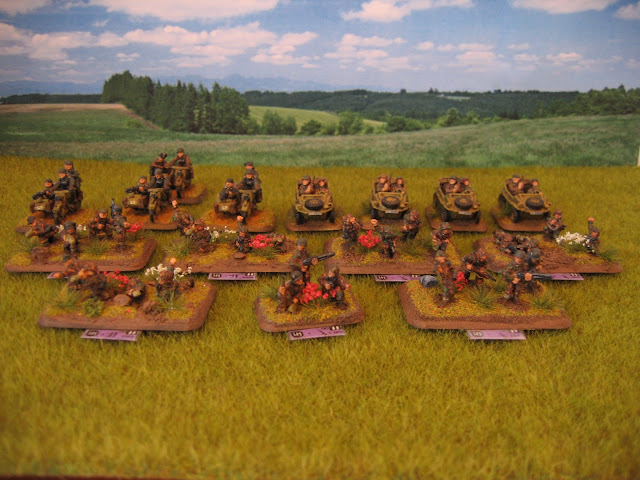 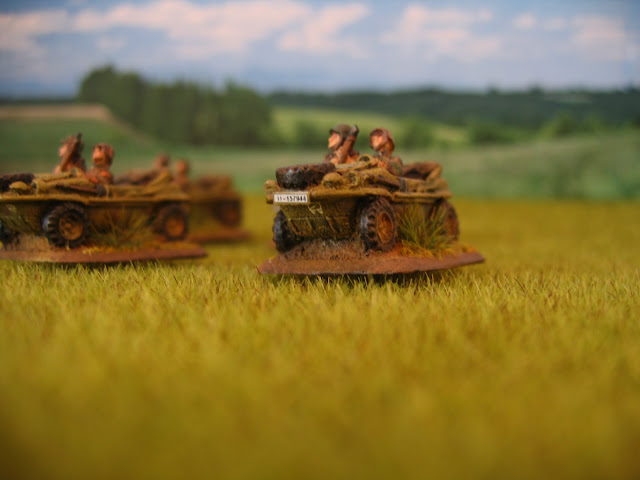 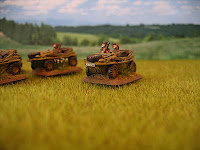 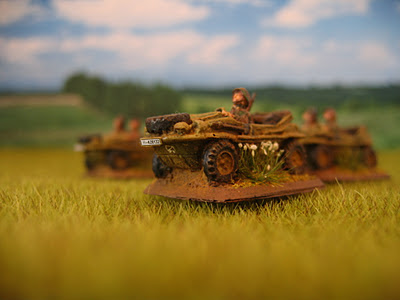 The recon version of the platoon: 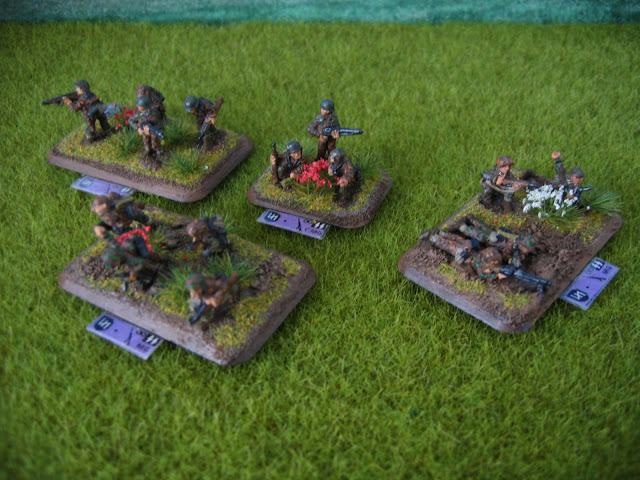 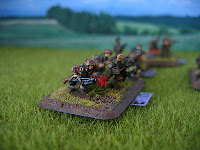 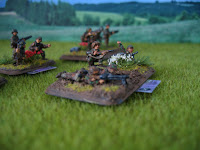 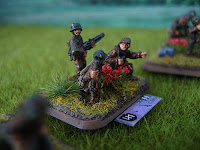 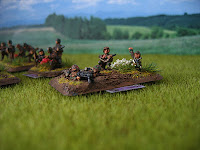 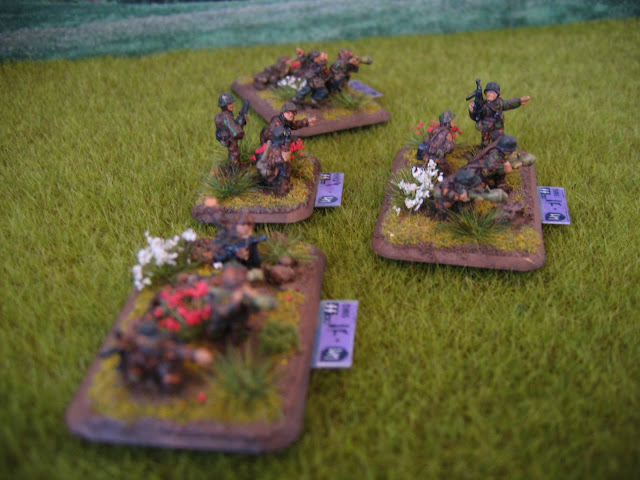 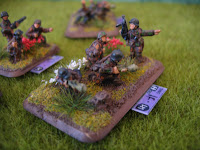 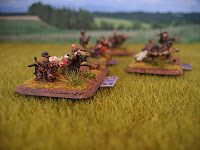 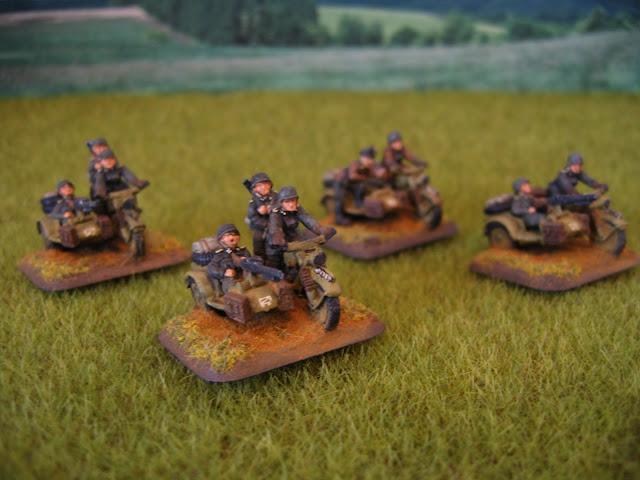 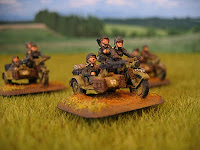 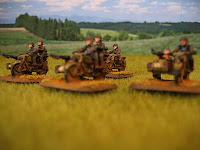 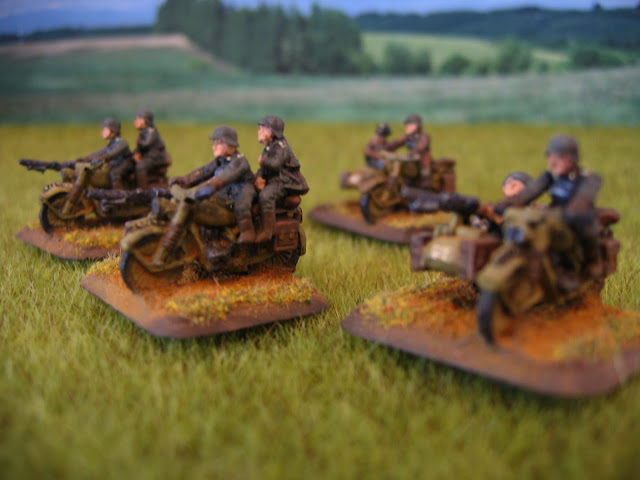