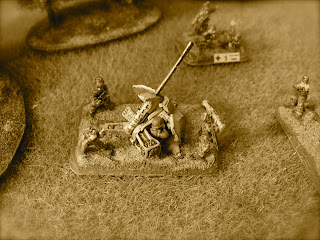 Since the introduction of the new aircraft rules in Flames of War V3, none of the German super-tanks can feel safe at the battlefield...
Well, it's high time to invest in anti-aircraft protection my friends. You can do it either by having your own aircrafts ready to intercept enemy planes or think of some AA guns.
When you play 2nd or 12th SS division,  the first possibility is not an option as you can't take air support for this units. Don't worry,  you can take a very useful SS-Anti-Aircraft Platoon equipped with great 3.7cm AA guns. The platoon is quite cheap, because you will pay 115 points for 3 guns and additional 5 points for trucks. So it is an inexpensive way to increase the number of platoons in your SS infantry company. The second thing is that it could support your infantry in defense. The 3.7cm gun has AT 6 with ROF 4 and FP 4+. As a result, it can effectively knock out light vehicles and bail / destroy most of medium tanks in defensive fire. Of course it is also marvelous against planes. It can easily protect your troops even from flying tanks. The platoon in Earth & Steel has additional advantage. For 5 points you can add Opel Blitz trucks, which make the Flaks portees. It was a very useful option for my SS Panzerpioniers, because I could also take AA guns with my half-tracks in attack. Instead of poor 5+ save, your opponent has to pass a FP test. However, a small remark here, you have to protect your portee guns from artillery fire (still 5+ save).

In order to model the platoon I bought a blister of Battlefront's SS 3.7cm Flak43 (GE548) and three Zvezda 1/100 Opel Blitz trucks.

The Battlefronts guns are sculpted quite nice, however, the gun-shield is a little bit tricky to construct. You have to glue two parts together. You can also think about adding some magnets to enable gun elevation and rotation.
As you can see below each gun is composed from seven parts. You will have also four crew members. 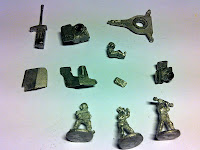 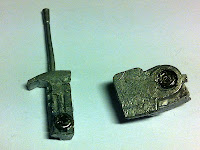 I didn't want to damage the trucks by glueing any magnets, so I cut a piece of blister package that fits exactly to the truck cargo compartment and glued a magnet there. Works like a charm :) 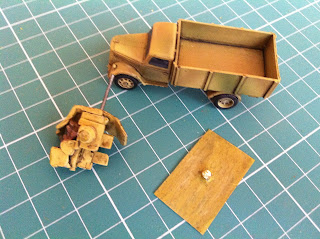 Couple of photos below... 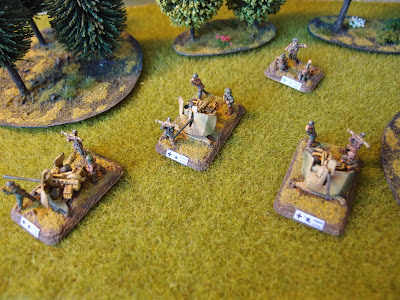 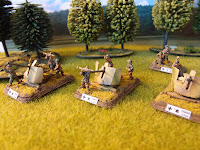 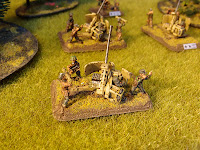 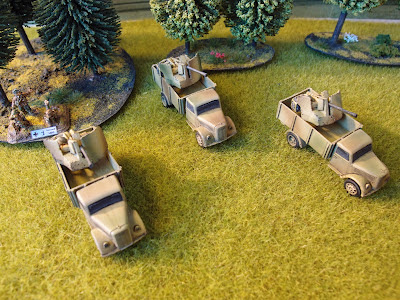 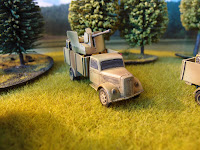 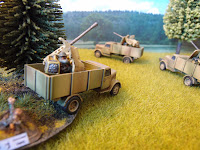 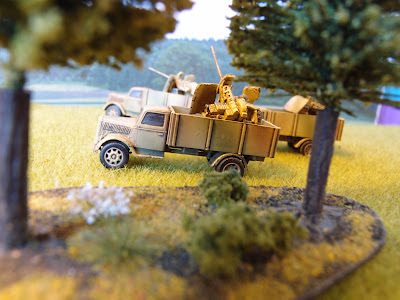