Scenic bail out and bogged down markers 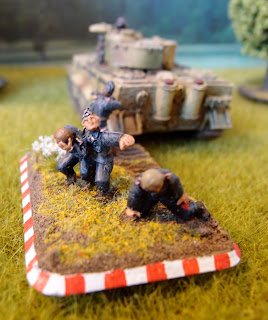 As a fan of Steel Panthers computer game there is one thing I missed so much in FOW - the view of shocked crew running away in panic from their machine under heavy fire... In FOW we use tokens to mark crews that decided to temporarily give up their duties or vehicles that broke down. Wouldn't it be nice to have a scenic version of such markers? Why not?

Today I would like to give you a short report from making a bunch of such scenic markers for my German forces.

Making bail out markers is straight forward thanks to Battlefront's dismounted crew sets (e.g., German dismounted tank crew GSO196). All you have to do is to place couple of these guys on a nice base.

It is also a good idea to paint edges of the base to clearly mark that it is a marker and not a regular infantry base. For bail out markers I decided to paint red-white stripes. You can see the results in photo on the right hand side and couple more photos in Gallery at the end of the post.

When it comes to bogged down markers there is no ready to go solution in Battlefront offer. There is more room for new ideas :)

I decided to create three types of such markers:


First of all we need to prepare some spare parts of vehicles and crew members. Probably all of you have many of these things that were not used. 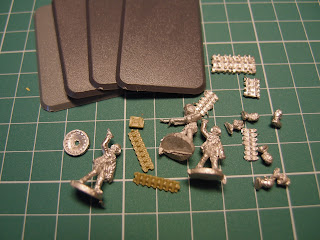 Now it is time to convert figures, so they look more like tank crew members. I used the German soldiers from the artillery group and swaped their heads with tank commanders from tank blisters. 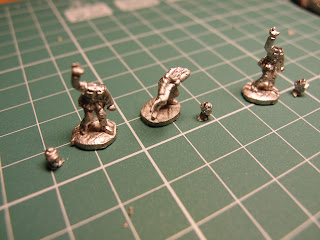 Now, it is time to plan the layout... For the mound of mud I decided to use a piece of foam to model the shape, because it should make an impression that vehicle stucked in mud for good. 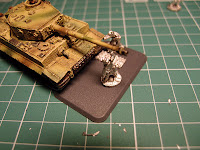 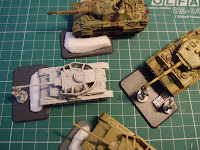 Now, it is time for basing. Standard procedure. Sand plus PVA glue. To model mud I use the sand from sea side beach. It has really tiny grains. 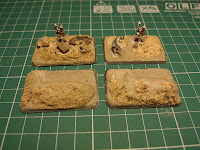 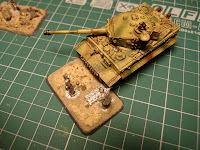 Base coat with chocolate brown and dry brush with beige brown and german cam. beige. 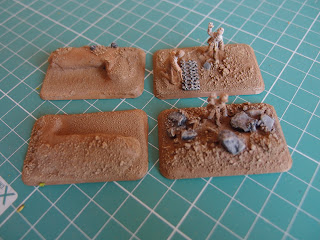 A little bit of oil-paints wash (a mixture of black and brown)... 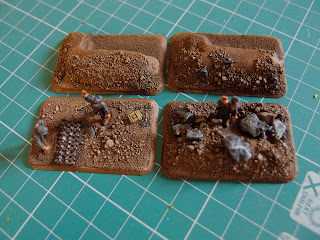 Mud effect. I decided to model clay mud. For that purpose I use Vallejo natural sienna pigment. The process takes two stages. First, I mix the pigment with the matt varnish and goes all around. When it dries it looks like dry clay. At the top of the mound I would like to have fresh wet clay. The solution is simple. Mix pigment with gloss varnish and apply it only on the top of the mound. 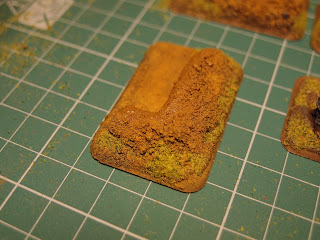 And this is how the markers look just before painting the edges to black-yellow stripes... 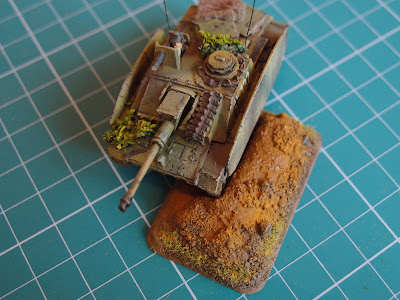 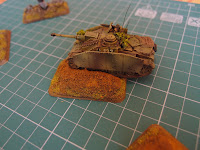 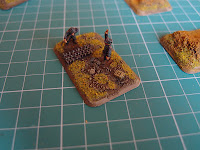 Couple of ready to use markers... 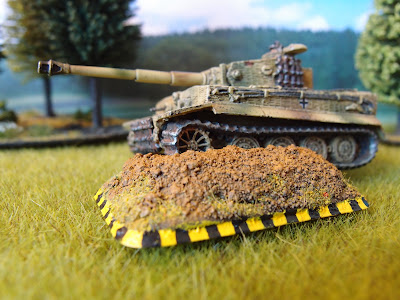 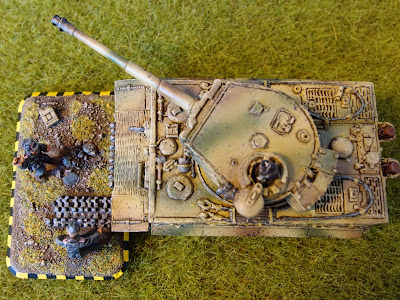 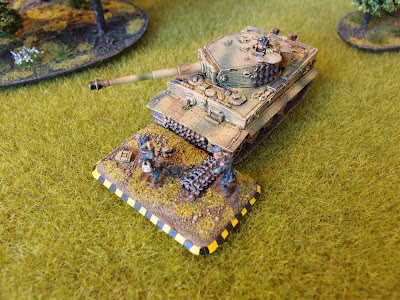 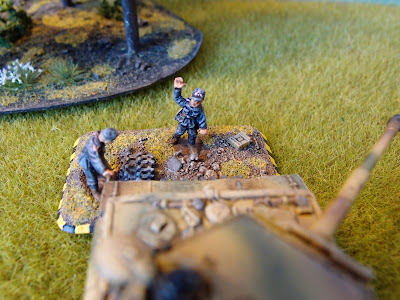 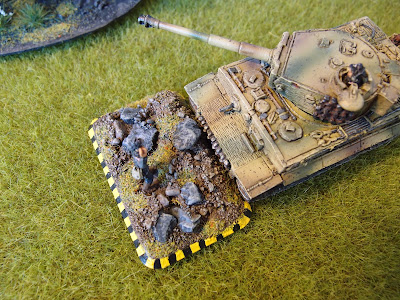 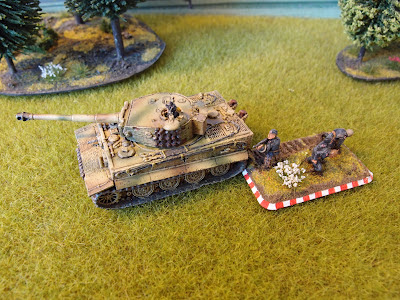 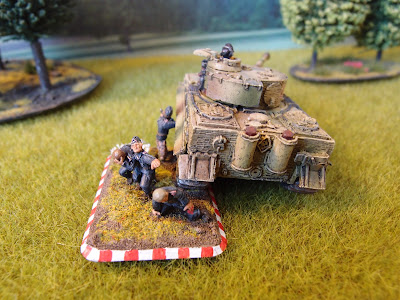 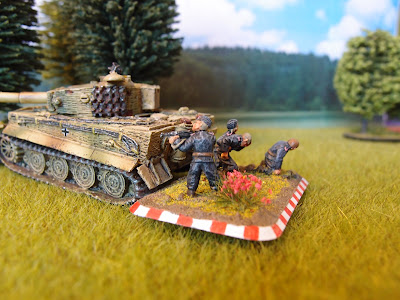